Björn (pronounced bee-yorn), the sea lion, is definitely a fighter.

The 11-year-old sea lion was rescued off the coast of southern California in December 2019 and brought to a rehabilitation center. Upon examination, staff discovered that Björn had bullets lodged in his head that caused him to go blind and a scar on his abdomen from a likely shark bite. Underweight and non-releasable to the wild due to his blindness, Björn found a permanent home at Point Defiance Zoo & Aquarium in 2021.

Now, three years after his rescue, Björn is facing a new challenge. And his bravery and strength are inspiring his animal care team once again.

“We noticed Björn spending a lot of time rubbing his face on the side of his pool and squinting his eyes,” said Head Veterinarian Dr. Karen Wolf.

After much observation, discussion, and consultation with a veterinary ophthalmologist, Dr. Wolf determined that Björn’s eyes were causing him significant discomfort and required surgical removal. 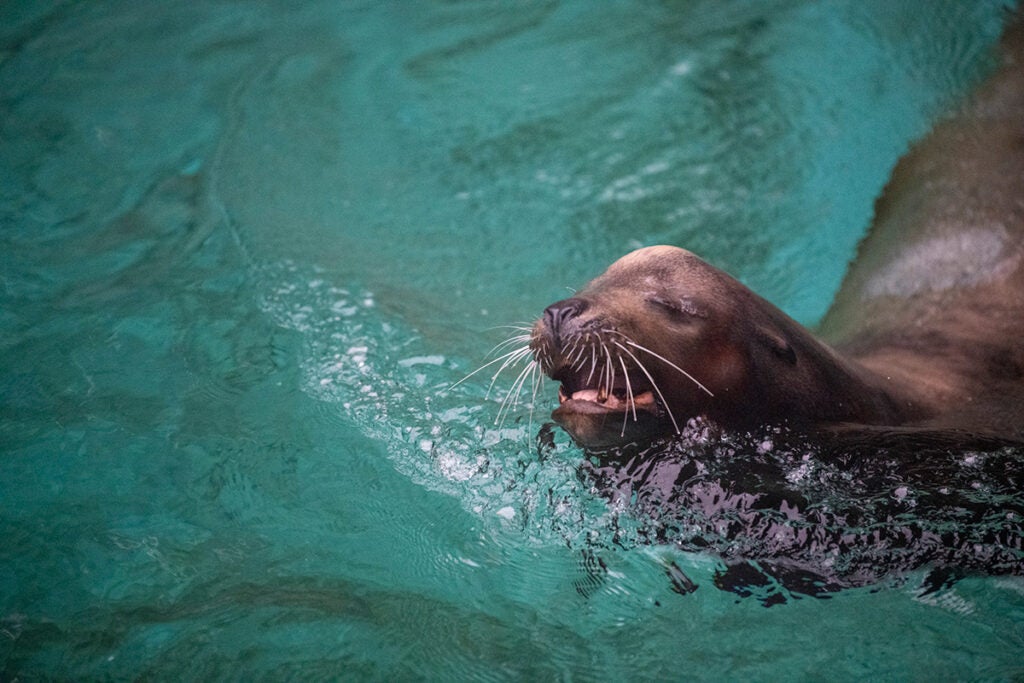 “Keepers say they have their ‘old Björn’ back,” said Dr. Wolf. “He’s no longer rubbing his face. He’s enthusiastically participating in training and is constantly swimming again.”

Much like domestic animals with eye removals, Björn adjusted quickly, using his other senses to navigate his habitat. Because of his pre-existing blindness, keepers had already trained Björn to recognize tapping noises and verbal cues like “on deck,” “follow,” and “back.” The word “water” lets him know when he’s close to his pool.

Now, with the removal of his eyes, Björn will have an improved quality of life. The surgery may even extend his life, said Dr. Wolf.

In addition to his eye pain, Dr. Wolf discovered Björn also has kidney disease, which is being managed with medication.

“Animals are remarkable and wonderful at adapting,” explained Dr. Wolf. “After Björn’s rough start in life, it is nice to provide him comfort and exceptional care at our zoo.”

Björn’s animal care team plans to give him plenty of fish and positive interactions with humans in the years ahead. 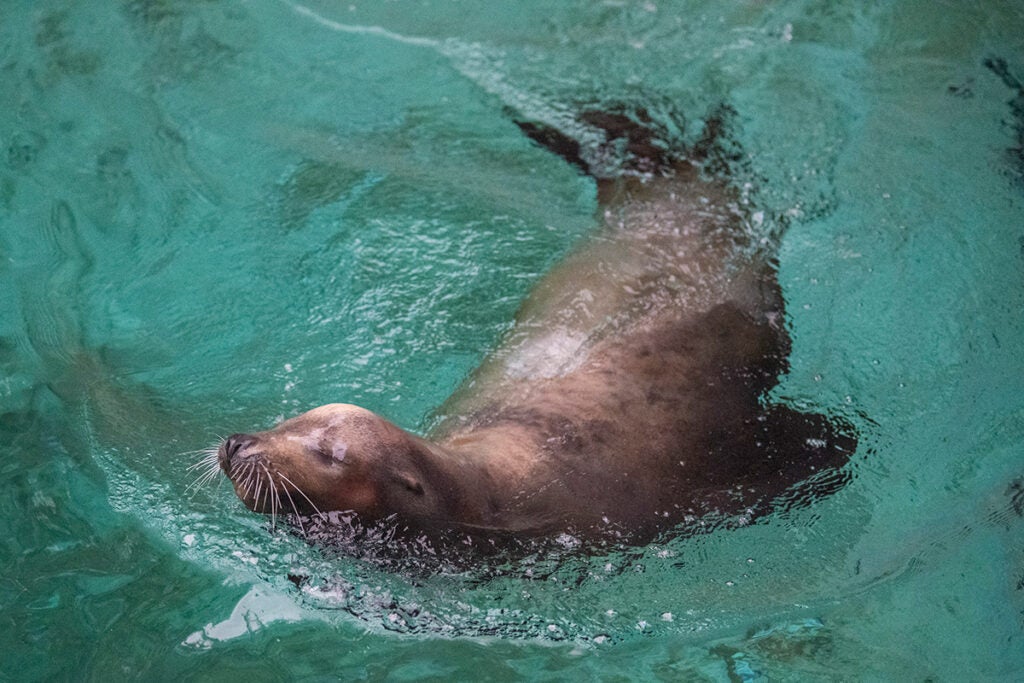 Guests can meet Björn in the Rocky Shores habitat.

California sea lions range from the waters of Prince William Sound in Alaska down through the Puget Sound region, all along the western coast of the United States, and into Mexico. Their diet includes rockfish, salmon, anchovies, krill, and squid, and they, in turn, are hunted by sharks and orcas.

Sea lions are not a threatened species in the wild. However, they are affected by human-caused pollution, such as oil spills, toxic chemicals, plastic debris, and human harassment. It’s a federal crime to hunt, kill, capture or harass sea lions and other marine mammals under the Marine Mammal Protection Act.