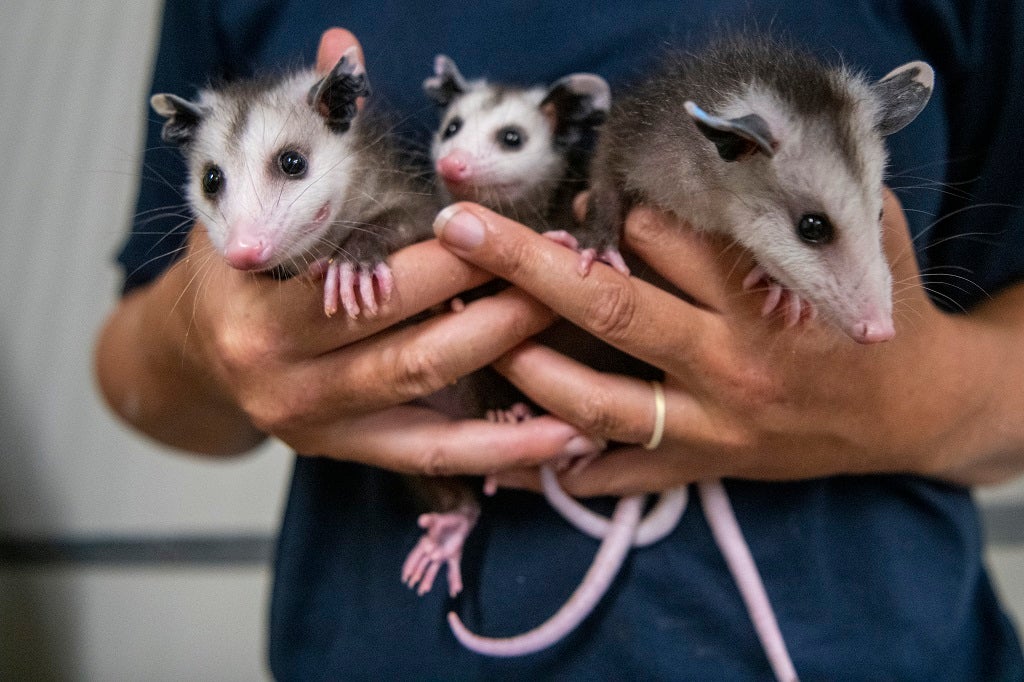 The zoo is currently home to three 3-month-old baby opossums, known as a joeys. Two of the joeys will soon be moved to other zoos accredited by the Association of Zoos & Aquariums. But one, named Oliver by his keepers, will stay at Point Defiance Zoo & Aquarium. The joeys were all found in Graham after their mother was attacked and scared off by a pet dog. Without their mother, the joeys would likely not have survived on their own and been killed by a predator like a coyote, fox, owl, snake, or hawk.

The rescued joeys are getting lots of care and attention, living behind-the-scenes at the Wild Wonders Outdoor Theater. They are eating blended cat chow with beef liver and will soon transition to a well-balanced adult diet of dog food, fish, mice, oatmeal, yogurt, bugs, egg, fruit, and veggies. 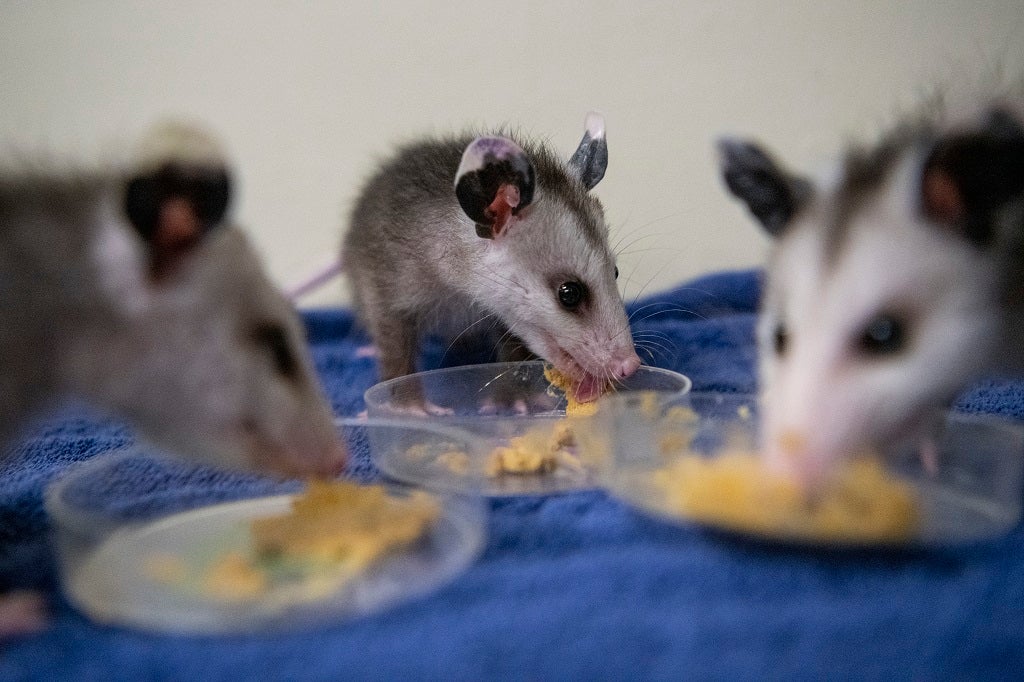 As for Oliver, he is very outgoing and comfortable around his keeper team, said assistant curator Maureen.

The Wild Wonders Outdoor Theater is also home to Ernie, a nearly 2-year-old male opossum. Because of their solitary nature, Ernie and Oliver won’t be spending much time together. Ernie was also found orphaned in the wild before finding a new home at the Zoo. 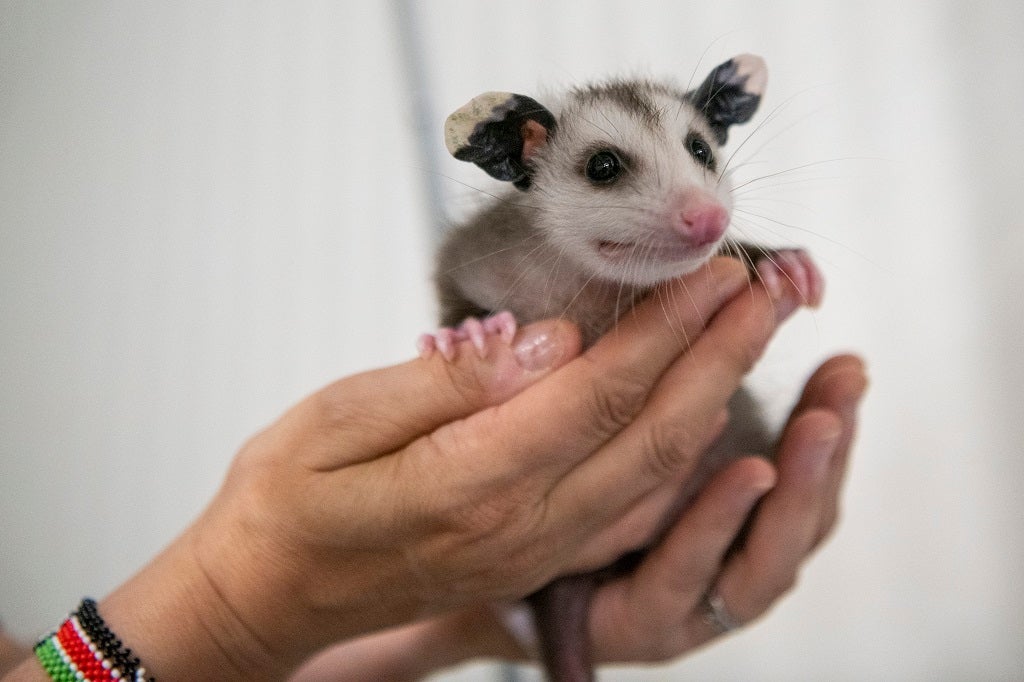 In the wild, joeys are no longer reliant on their mother after about 4 months. Once Oliver is a little older, he will be an ambassador for his wild counterparts, visible on Close Encounters around the zoo, and will be a part of the summertime show at Wild Wonders, just like Ernie.

“If people see joeys in their backyard, the mom is probably close by,” explained Maureen. “If the mom doesn’t come back for her little ones, you should contact your local wildlife rehabilitation facility.” 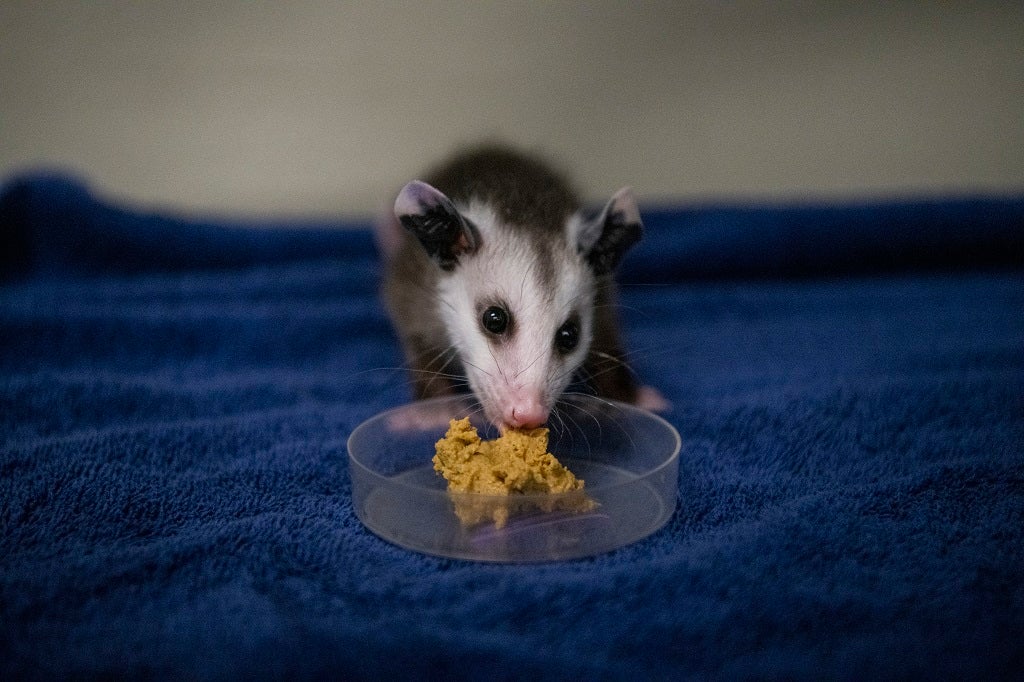 Opossums have 50 sharp teeth, so people also should avoid picking them up, Maureen added. 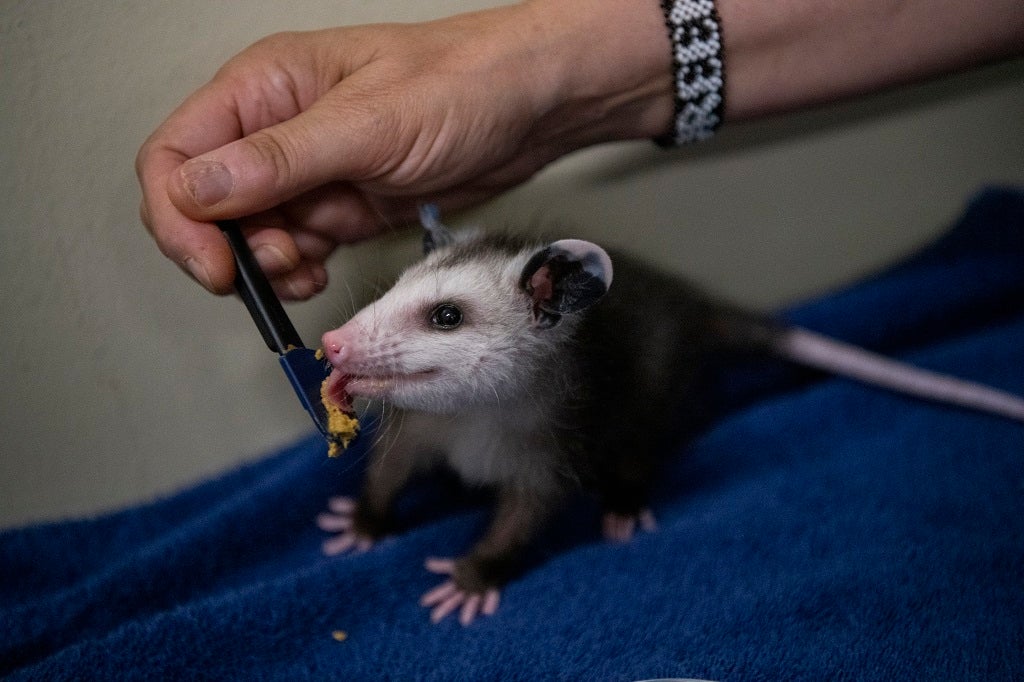 Opossums can be found in the wild in North America, east of the Rocky Mountains and along the west coast of the United States, extending south throughout Mexico and Central America. They prefer wet woodlands and thickets near streams and swamps. Opossums tend to eat unwanted insects that harm our gardens, as well as small rodents –helping to keep these populations under control.

Fun fact: opossums are one of the oldest and most primitive species of mammal in North America and have changed little from their ancestors 70 million years ago. They are North America’s only marsupial. 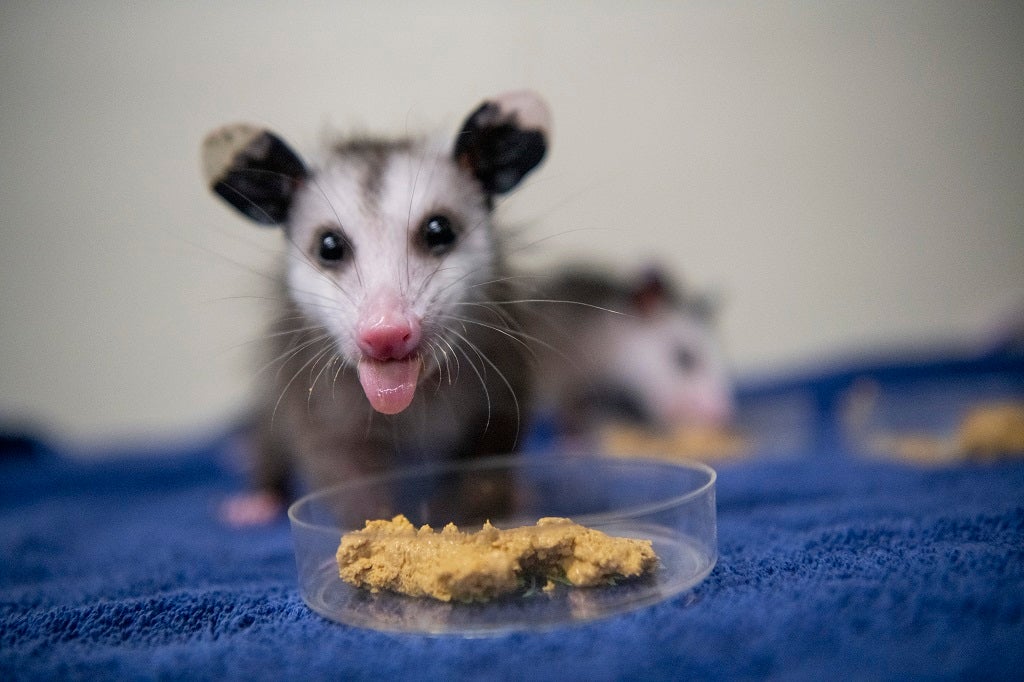 Previous Article
Next Article
labels:
You Might Also Like
Eagle Ray Pup Born at Point Defiance Zoo & Aquarium
Birth marks major milestone for zoos and aquariums worldwide A spotted eagle ray pup is flourishing off-exhibit at Point Defiance Zoo & Aquarium. Born in April, the male pup marks … Continued
Learn More
Testing New Tracking Technology
By Emily Ringer, Senior Manager of Communications and Advocacy, Polar Bears International Last week, a tech challenge to invent a better way to track polar bears moved out of the … Continued
Learn More
Getting Sandy for Polar Bears
It took three staff members, six adult volunteers, three youth Zoo Guides and four classes of high schoolers to shovel sand for polar bears – but it was worth it. … Continued
Learn More
Cho Cho: Fifty-two and fabulous
For most of us, a wellness exam at 52 is all about middle-age health issues. For Cho Cho, it’s an impressive tribute to a senior siamang and the Point Defiance … Continued
Learn More
Healing with Light
On a cold, wet November morning, veterinary technician Julie Lemon is lying on her stomach on a hard floor. Angling her head, she carefully positions a small metal wand between … Continued
Learn More
See All Articles