Alex Trebek’s favorite animal is the muskox. Now, the longtime gameshow host has one named just for him.

Meet Trebek, a fuzzy, four-week-old muskox calf at Point Defiance Zoo & Aquarium. Adoring fans voted online for his name, chosen from a slate of four offered by zookeepers at the Tacoma zoo. 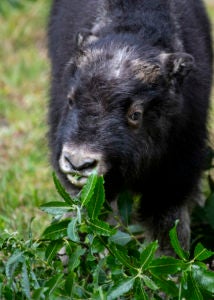 Why Trebek? Because muskoxen are the favorite animal of Alex Trebek, the 79-year-old Canadian-American TV personality and the host of “Jeopardy” since its revival in 1984.

“We all knew his favorite animal is a muskox,” explained assistant curator Shannon Smith, of the initial name suggestion.

“Muskoxen are family oriented, and I like that,” says the actor in a quote on Jeopardy.com. “When in danger, they form a protective circle with the males facing outward, and the cows and calves in the center. There are very few predators brave enough to attack this formation. Besides that, I like the way their furry coats wave in the breeze when they are running.”

Baby Trebek was born to mom Charlotte and dad Hudson on Sunday June 7, weighing around 20-25 pounds. He’s since more than doubled his weight and is strong and active, keepers say. He loves galloping around the grassy hillsides of the Arctic Tundra habitat, occasionally head-butting rocks (it’s a young male behavior) and running back to mom. He’ll nurse for another three months, although he’s learning how to graze by imitating Charlotte.

“We are thrilled with how much he is growing and interacting with his new environment,” said curator Telena Welsh. “He is energetic and wonderful to observe.”

Already bigger than a Labrador, the calf is dark brown with white legs and a small white patch on its shoulder. Unlike its parents, he has no fluffy underwool (qiviut) or horns. Those will gradually grow in, with buds becoming visible in three or four months and the horns themselves early next year.

Muskoxen are an ancient species, having grazed the tundra for thousands of years in Greenland, Alaska and northern Canada. Their numbers were greatly reduced from hunting by the early 20th century, but the Northwest Game Act of 1917 allowed for conservation efforts that helped their recovery, and there are now around 80,000 muskoxen in the wild.

Trebek, Charlotte and Hudson can all be seen daily 9 a.m. – 5 p.m. at Point Defiance Zoo, which reopened June 18 in accordance with Phase 2 of Washington’s Safe Start guidelines. 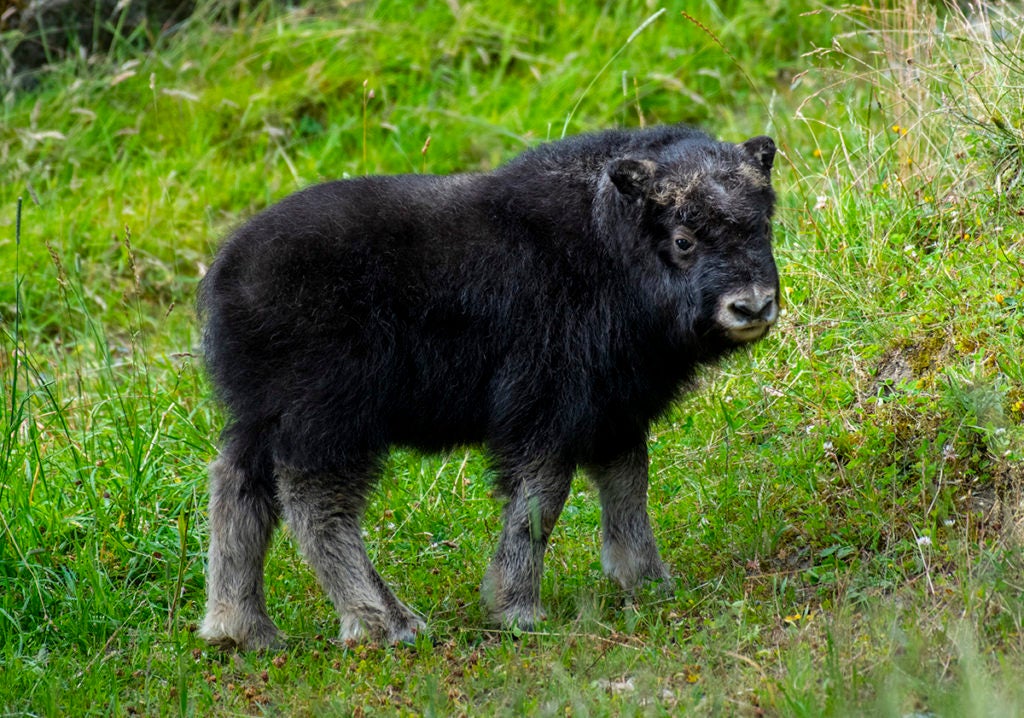