They were born just weeks apart six years ago and have been closely bonded ever since. And now, the two young walruses have moved together from Aquarium du Québec to their new home at Point Defiance Zoo & Aquarium. 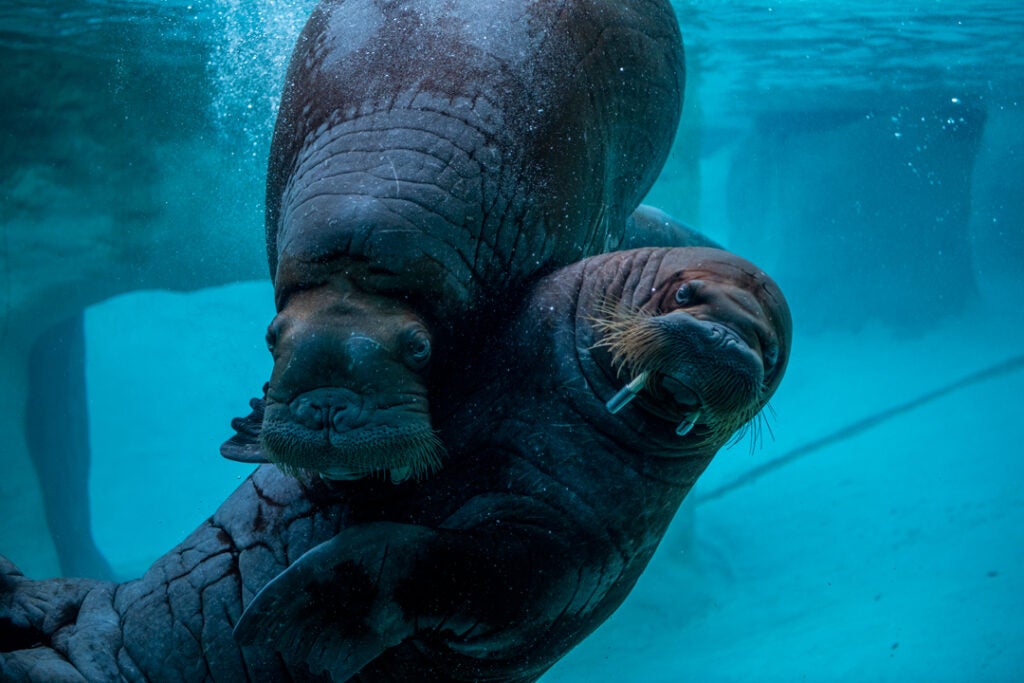 “These two walruses have been together their entire lives so they rely on each other,” said Point Defiance Zoo assistant curator Sheriden Ploof. Ploof spent a week in Québec getting to know the young walruses and learning about their personalities, favorite foods and daily routines from their care team. “Both are quick learners. Lakina is more inquisitive and curious while Balzak is more reserved and patient.”

The arrival of Balzak and Lakina at Point Defiance Zoo brings the total number of walruses in human care in the U.S. to just 14, said Malia Somerville, Point Defiance Zoo’s curator of marine mammals and birds. 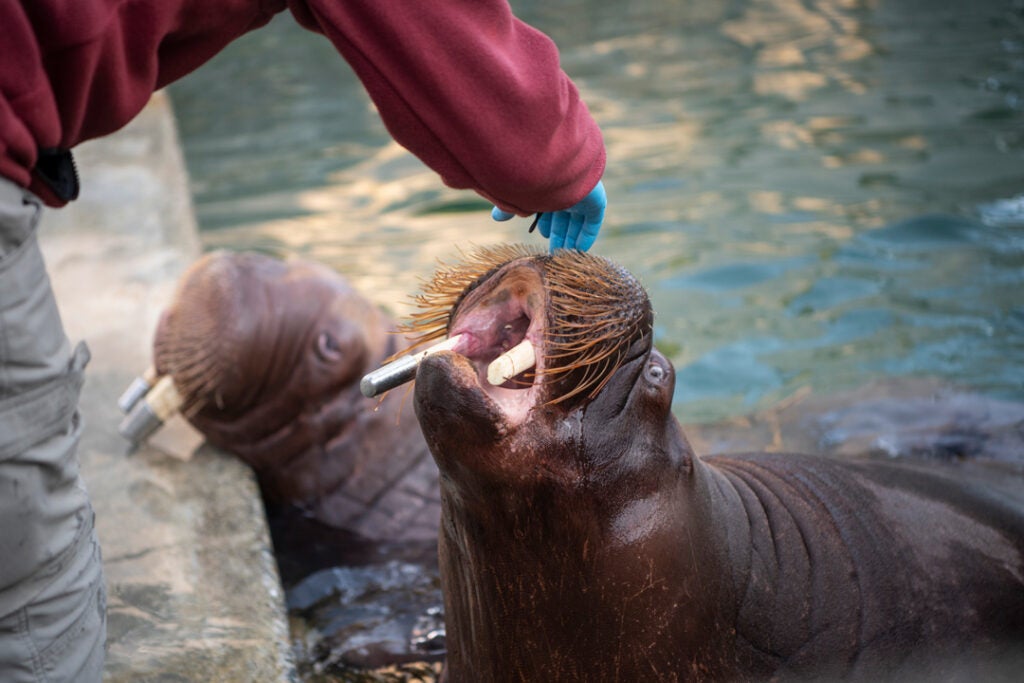 “Not many people have the chance to visit the Arctic, where walruses live in the wild,” said Somerville. “Our community has a rare opportunity to see this extraordinary species up close, learn about the challenges walruses face in the wild and take action to protect them.”

“We are saddened that Balzak and Lakina are leaving us, but are proud to have cared for them over many years,” said Marie-Pierre Lessard, director of conservation, animal health and research at Aquarium du Québec. “And we’re pleased that that they will continue to receive the highest level of care at Point Defiance Zoo.”

Collaboration among zoos and aquariums is critical to sustaining the walrus population in human care, said Somerville.

In the wild, walruses live in huge colonies, especially to breed. So the Walrus Conservation Consortium of zoos and aquariums is creating mini-colonies of breeding-age walruses in bigger zoos while smaller zoos like Point Defiance care for non-breeding animals like Balzak and Lakina.

The two young walruses still have some growing to do. Balzak weighs 1,947 pounds and Lakina 1,058 pounds. Fully grown males can weigh up to 5,000 pounds, with females topping out at 2,700 pounds.

As they adjust to their new home, Balzak and Lakina will have access to both public and off-exhibit areas. If zoo guests cannot see them, they may hear them whistling, bubbling, blowing or making other loud noises. 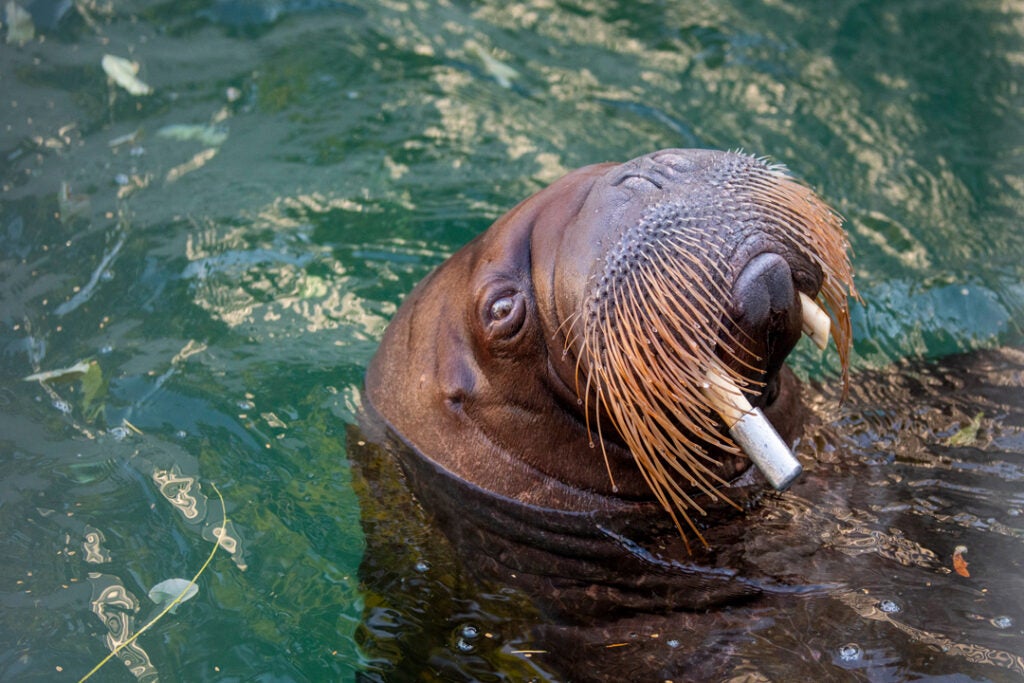 The species is listed as “vulnerable” by the International Union for Conservation of Nature (IUCN).

Walruses feed on clams and mussels from the ocean floor and haul out on polar ice to sleep and breed. While walruses are hunted by orcas, polar bears and humans, their main threat is climate change. Floating sea ice provides walruses with a safe place to rest above their feeding grounds. As Arctic ice melts, walruses must swim longer distances and expend precious energy to reach their food supply.

Walruses Balzak and Lakina were imported with approval from U.S. Fish & Wildlife Service under permit #MAPER0028852.