The 286-pound male tiger arrived in December from Topeka Zoo & Conservation Center on a recommendation from the Association of Zoos and Aquariums’ Species Survival Plan® for Sumatran tigers. The plan calls for Sanjiv to father cubs with either of the zoo’s female tigers: Kali, 9, or Indah, 8. Sanjiv has bred successfully in the past, fathering four cubs in 2019. 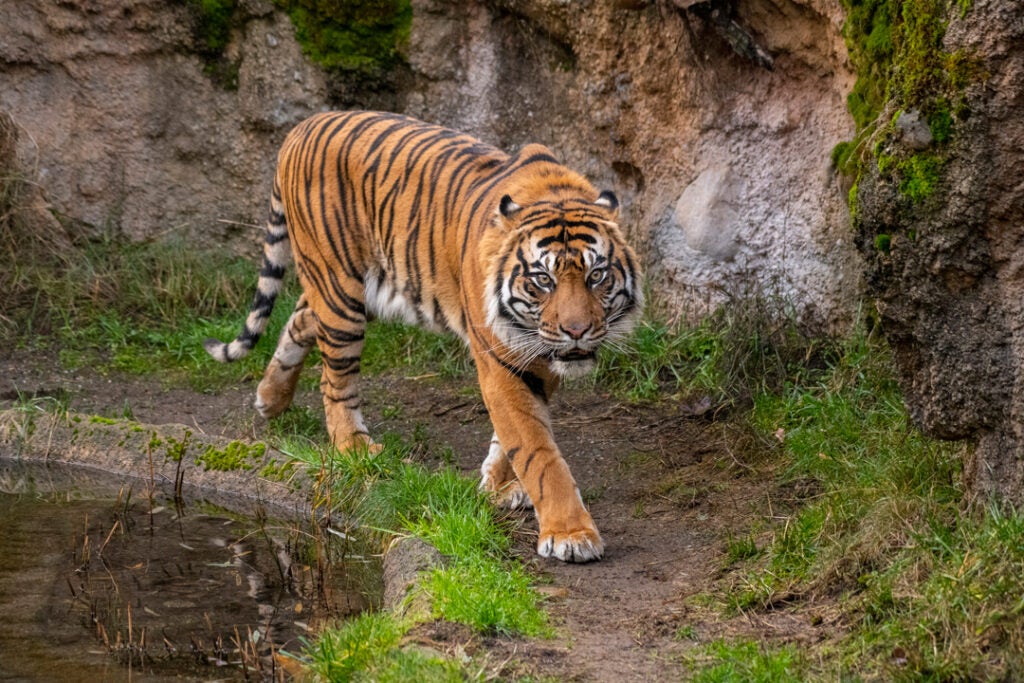 “We’re working hard to protect and boost the population of this critically endangered species, and the genetics of these three tigers are very valuable,” said General Curator Dr. Karen Goodrowe Beck. “Species Survival Plans help ensure a healthy, genetically diverse, and self-sustaining population to ensure the long-term future of these majestic big cats.”

There are only about 72 Sumatran tigers living in accredited North American zoos. Goodrowe Beck, who has a Ph.D. in reproductive physiology, is the Species Survival Plan coordinator for all tiger programs in AZA-accredited zoos. She also serves as the North American representative to the Global Species Management Plan for Sumatran tigers. 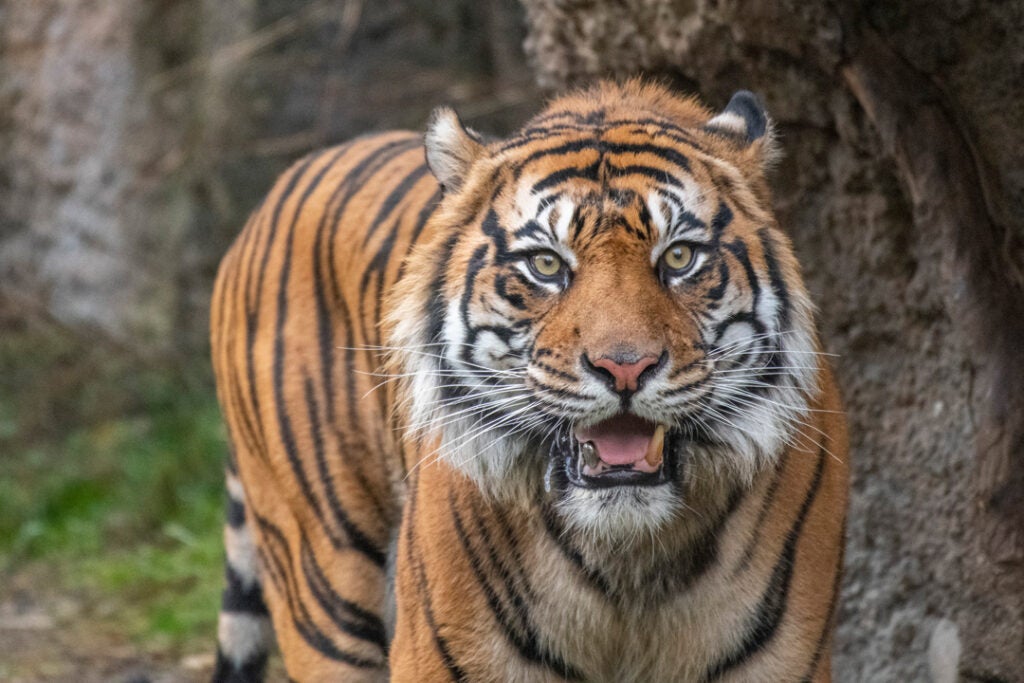 Sumatran tigers are critically endangered in the wild, with only about 400 to 500 remaining on their native Indonesian island of Sumatra. The species faces intense pressure from habitat loss and fragmentation, black-market poaching, human-tiger conflict, and loss of prey. 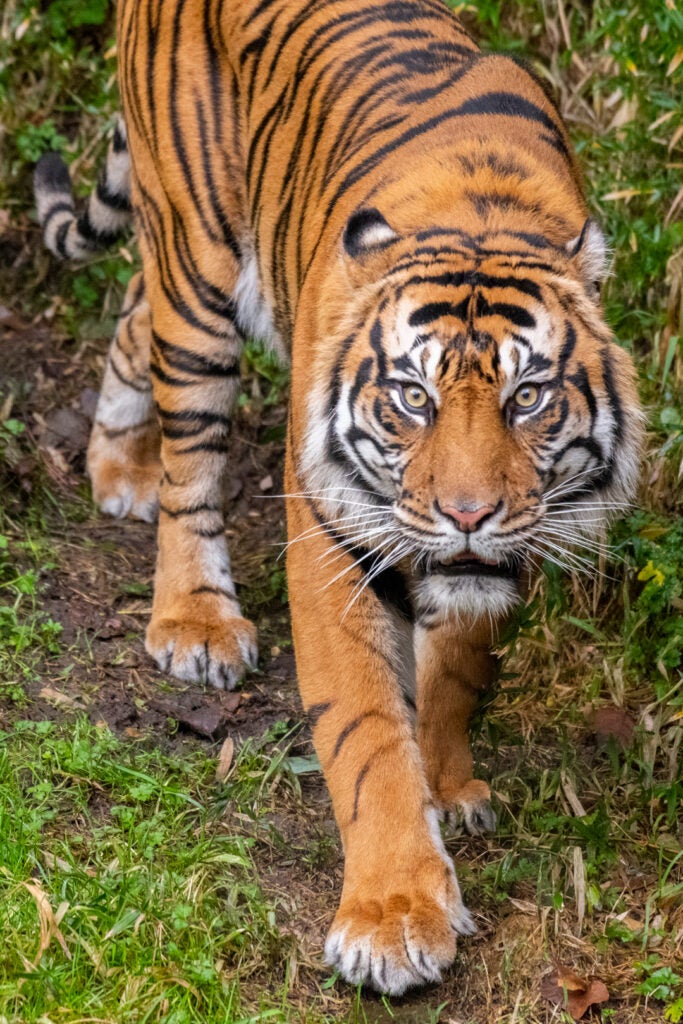 Point Defiance Zoo is a national leader in conserving wild Sumatran tigers and other endangered species. Donations of more than $142,000 from The Zoo Society’s Dr. Holly Reed Wildlife Conservation Fund have helped support efforts to mitigate human-tiger conflict and to arrest and prosecute poachers in Sumatra.

Sanjiv is settling in well to his new Tacoma home and getting to know his new animal care team, said Assistant Curator Erin Pritchard.

“He is a very social and expressive tiger who loves to interact with his keepers and our two female tigers,” said Pritchard. “He’s always chuffing and vocalizing, and he’s fascinated with the swinging gibbons and other species that share his Asian Forest Sanctuary home.”

“We’re excited to have Sanjiv join our animal family at Point Defiance,” said Asian Animal Curator Telena Welsh. “Over the coming months, we’ll gradually introduce him to Kali and Indah and closely monitor their behavior to ensure that all three cats are comfortable,”

Guests can meet Sanjiv in the zoo’s Asian Forest Sanctuary on Friday, Saturday and Sunday and talk with the keepers who care for him at daily keeper chats.

Learn more about tiger conservation and ways you can help. 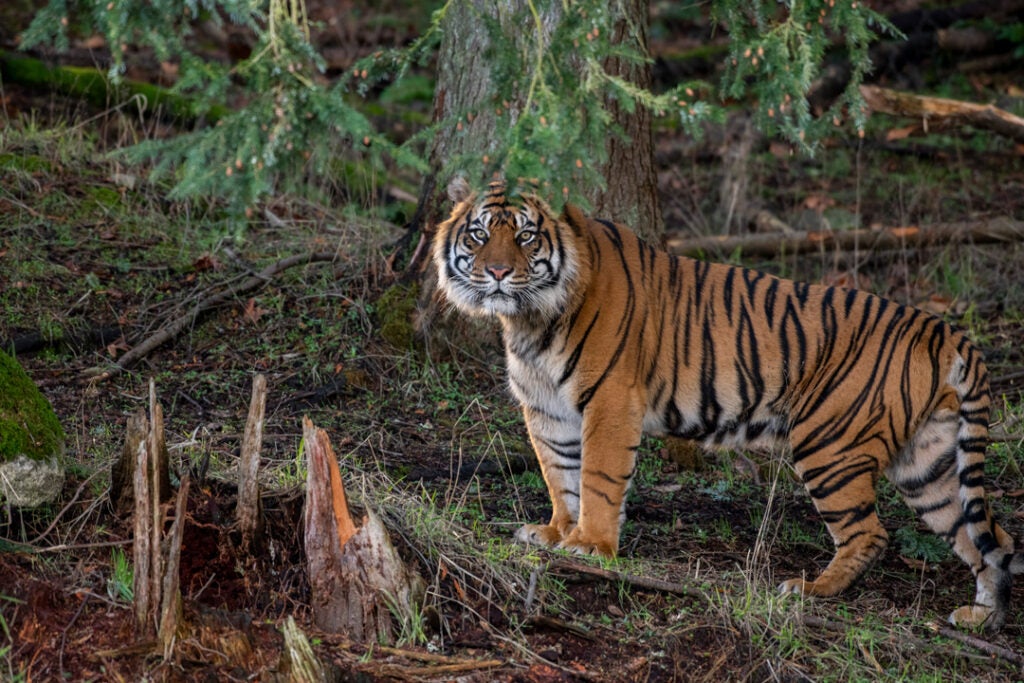