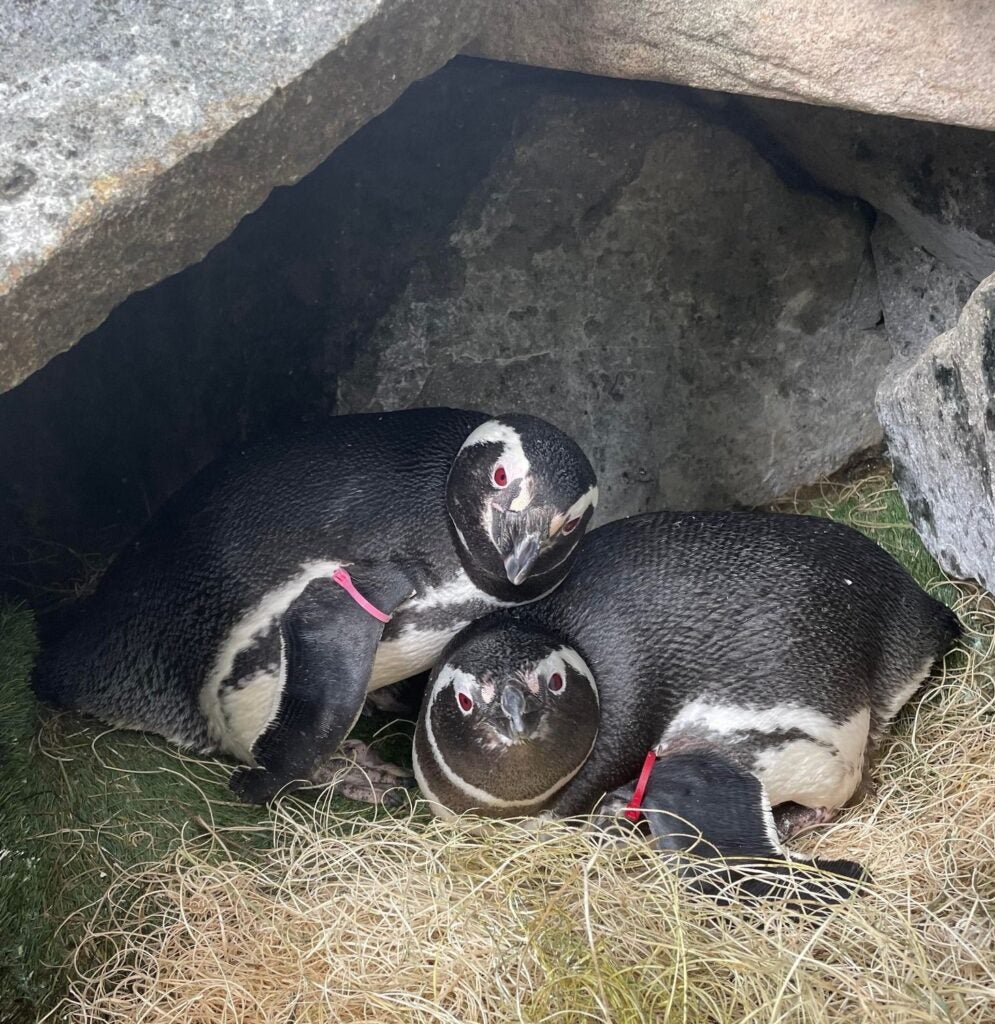 Each year, keepers prepare Penguin Point for nesting season, adding long grasses for the Magellanic penguins to build their nests. Both parents take turns laying on the eggs to keep them warm, and switch off every few days. Each penguin parent has a bare patch on their lower abdomen that allows their body heat to help keep the eggs warm.

If the incubation is successful, chicks could be hatched by late-May to early June. It takes around 38-42 days for the eggs to hatch.

Typically, the penguins have the same mate each nesting season. Males attract mates by “braying” like donkeys; when a female responds he walks around her in a circle patting her with his flippers. Mated pairs can be seen hitting bill tips together to bond.

Once chicks arrive, they’ll be hidden for their first few weeks, keeping warm and safe beneath their parents. The chicks will periodically emerge for feedings, when the parents give them regurgitated fish they’ve already eaten.

If chicks are hatched, this would be the sixth consecutive year for the hatching of penguin chicks through the zoo’s participation in the Association of Zoos’ & Aquariums’ Species Survival Plan® (SSP) managed breeding program for Magellanic penguins. Magellanic penguins are native to  the South American shores of Argentina, Chile, Uruguay and Brazil. They are threatened in the wild by a number of factors, including the proliferation of plastics in the ocean, spills of oil and other hazardous materials, and overfishing.