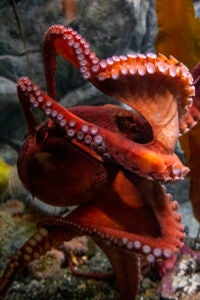 Point Defiance Zoo & Aquarium is inviting the community to help name the new female giant Pacific octopus inside the Pacific Seas Aquarium. The zoo’s aquarists have chosen six names and are asking the public to vote for their favorite.

Fans can vote on their favorite name until midnight August 23.

“She’s a very cautious octopus but she’s curious and brave, too,” said aquarist Mikiko. “And she’s very strong yet gentle with her arms.”

Fun facts: A giant Pacific octopus has two rows of suction cups on each of its eight arms (no, they’re not tentacles) – up to 2,240 suckers in a female- which it uses to explore its environment through smell and taste, each arm working independently of the brain. Octopuses are very intelligent creatures who can solve puzzles, open jars and manipulate their environment, as well as interact with the humans who care for them. Given the chance, they’ll explore anything around them.

Guests can see the octopus in the Pacific Seas Aquarium any day of the week. 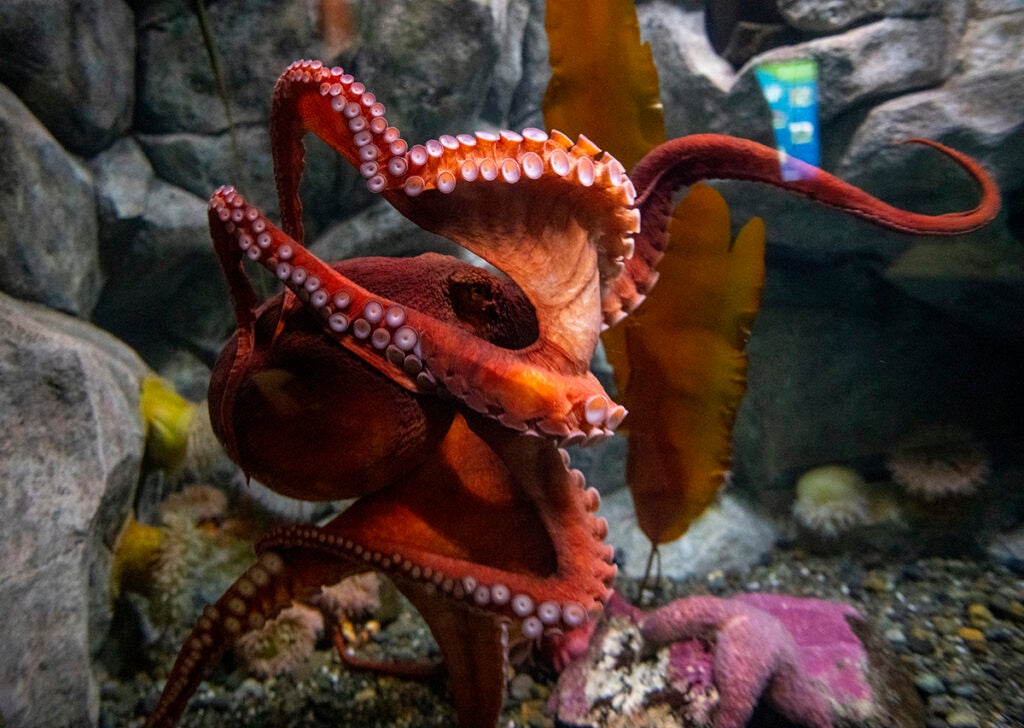