After a week of public voting, fans chose Gertie as the name for the new giant Pacific octopus in the Pacific Seas Aquarium at Point Defiance Zoo & Aquarium.

The name was one of six names chosen by aquarists. Over 7,100 votes came in online during the week, and the race was close. Gertie topped the list at 36%, while Octavia came in at 33% and Ophelia at 19%. The other names up for vote were Ceph, Narrows and Ms. 8. 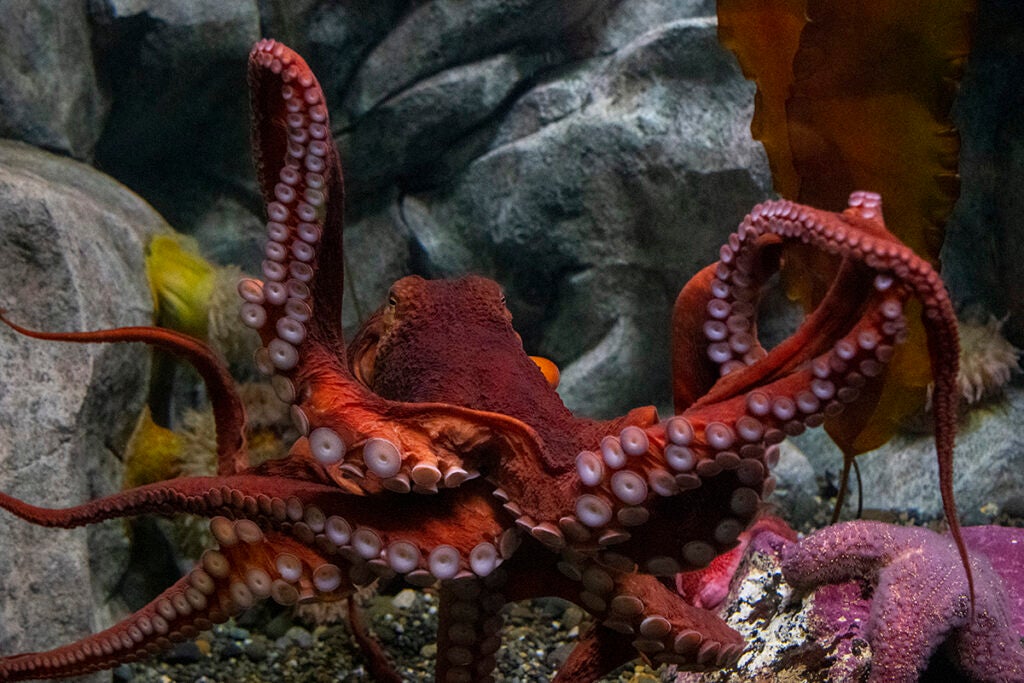 Gertie refers to the Tacoma legend that the largest octopus in the world inhabits the underwater ruins of the collapsed Tacoma Narrows Bridge, nicknamed Galloping Gertie. On November 7th, 1940, the bridge collapsed due to high winds. The remnants of the bridge have never been recovered and is known as one of the largest man-made reefs in the world. The underwater bridge is on the National Register of Historic Places.

While aquarists don’t anticipate Gertie to gallop, they do say she is a curious and brave octopus, exploring more of her habitat each day.

Guests can see Gertie in the Pacific Seas Aquarium any day of the week.