Love is in the air at Point Defiance Zoo & Aquarium! There’s no concrete way to measure an animal’s love but many of the animals at the zoo are coupled up, or longtime companions, and enjoy each other’s company.

Cho Cho is 54 years old and is believed to be the oldest siamang in human care in the United States.

But that doesn’t stop him from swinging around his ropes and hanging with Dudlee. He is closely bonded with her and enjoys being near her.

The pair are often seen together in hammocks, grooming each other or just sleeping together.

First there was Walnut, a male beaver living at Point Defiance Zoo & Aquarium. Then came Nutmeg, a female beaver who came to the zoo from sister zoo Northwest Trek as a companion for Walnut. In 2019, they had a beaver kit, Butternut.

They live behind the scenes at the Wild Wonders Outdoor Theater.

The zoo’s two adult Malayan tapirs Baku and Yuna are the best of friends. In 2019, they welcomed their calf, Kazu! He is the first tapir calf born at the Point Defiance Zoo in our 115-year history.

Bromance, bro-etines (like galentines!), brother love. Whatever you want to call it, lar gibbon brothers Orion and Aries have it. The two can often be heard singing loudly in unison, a form of bonding for gibbons. They also swing together throughout the day and huddle with their backs to each other at night while they sleep. 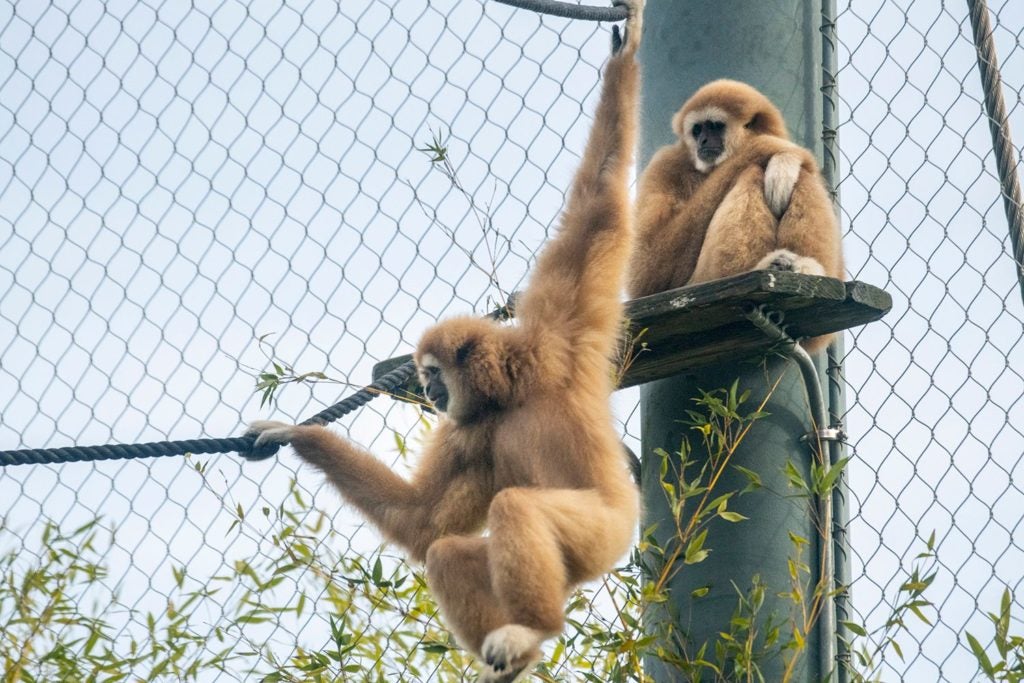 Come celebrate all of Point Defiance Zoo & Aquarium’s animals at Love at the Zoo Feb. 12-13. The animals will experience special Valentine-themed enrichments like heart-shaped ice. Guests can drop off a card for any of the zoo’s animals in a decorated mailbox inside the front entrance. This special event is free with admission to the zoo.