Point Defiance Zoo & Aquarium is home to four endangered Sumatran tigers. Look at their bios below and see which tiger you resemble most.

Kali, 8, loves attention and has a lot of energy. She’s pretty laid back most of the time but will protect what’s important to her – like her dinner. Unlike most tigers, she isn’t a huge fan of swimming. But she’s a training rockstar, lying still while her animal care team checks her for important health tests. 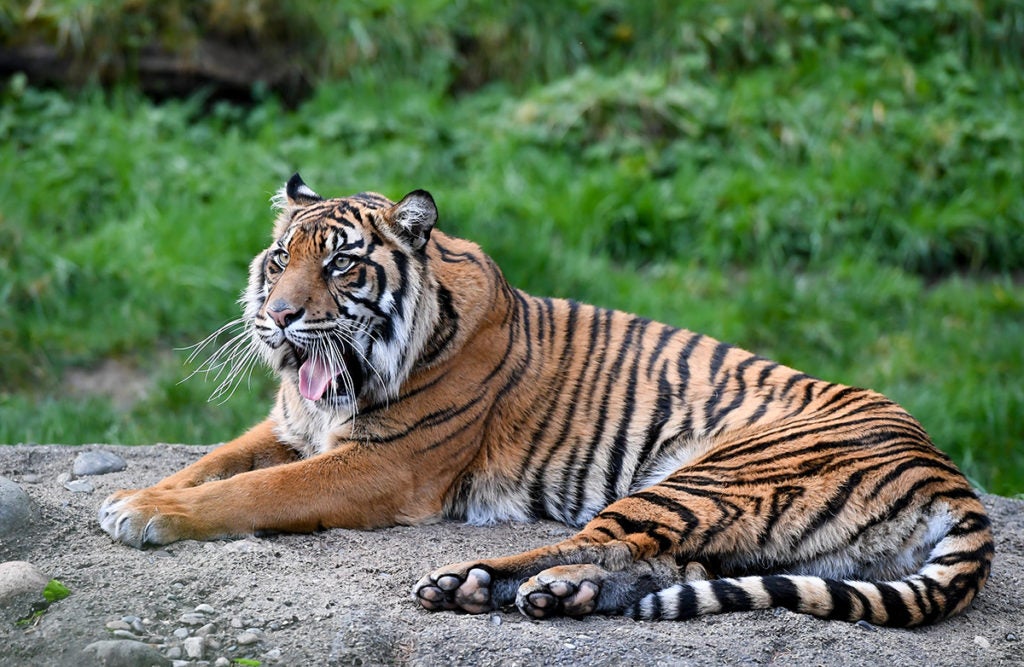 Indah, 7, is a calm, mellow tiger who goes with the flow. Keepers say she’s very social and personable, and chuffs at the other tigers, “a tiger sign of friendliness.” She’s a fast learner and loves to explore. She loves the water- and taking a dip in the pool is one of her favorite past times. A typical cat, Indah makes keepers work for their relationship with her but once they have passed her ‘test’, she is relaxed and interactive. 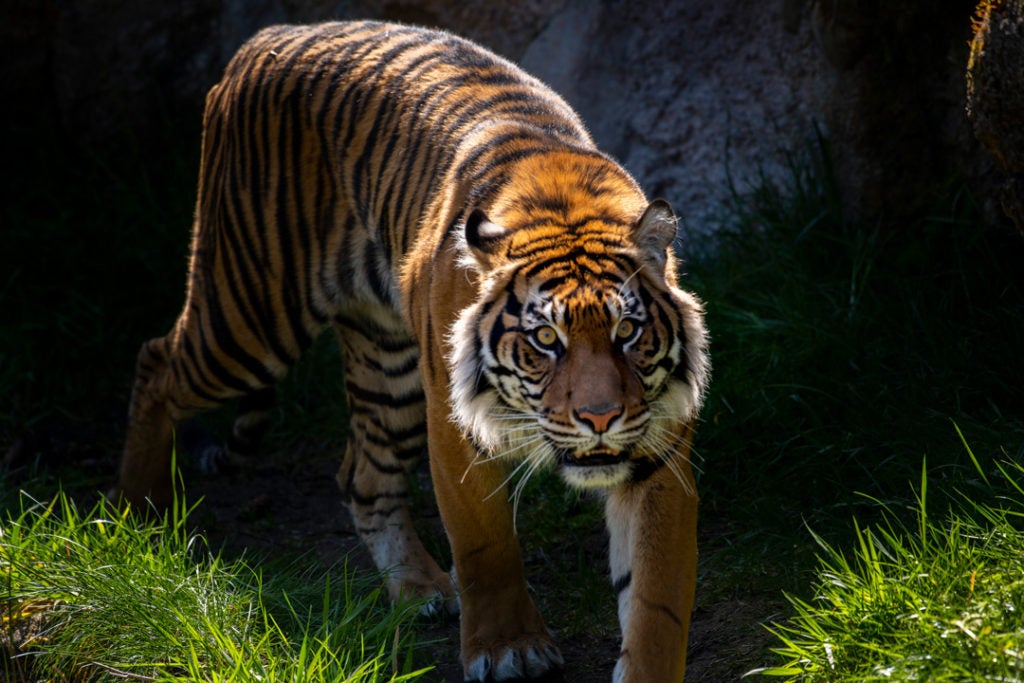 Raja, 2, loves to roll in the grass, play with everything, watch the other animals around him, and loves food. His name means “king” or “prince,” which makes sense considering he is the largest cat at Point Defiance Zoo weighing 300 pounds. He also has the largest face fluff- making him easier to distinguish. 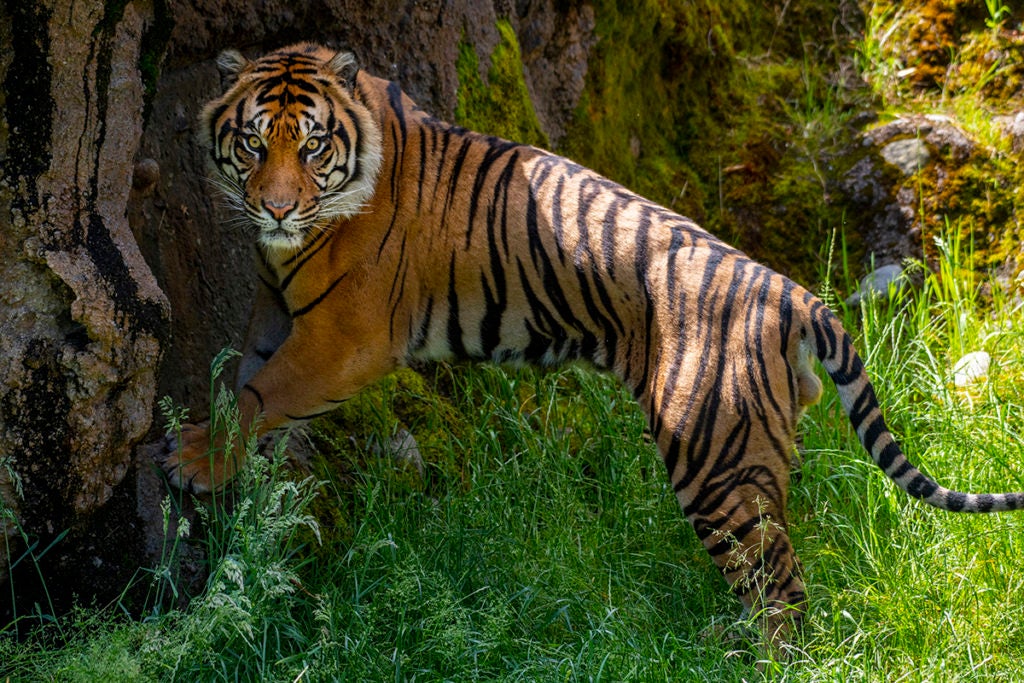 Bandar, 8, is a very laid-back cat, and loves playfully interacting with his animal care team. He’s described as a “water baby” and will even choose a dip in the pool over food! One of his favorite activities is smashing water buckets with some of his larger toys. 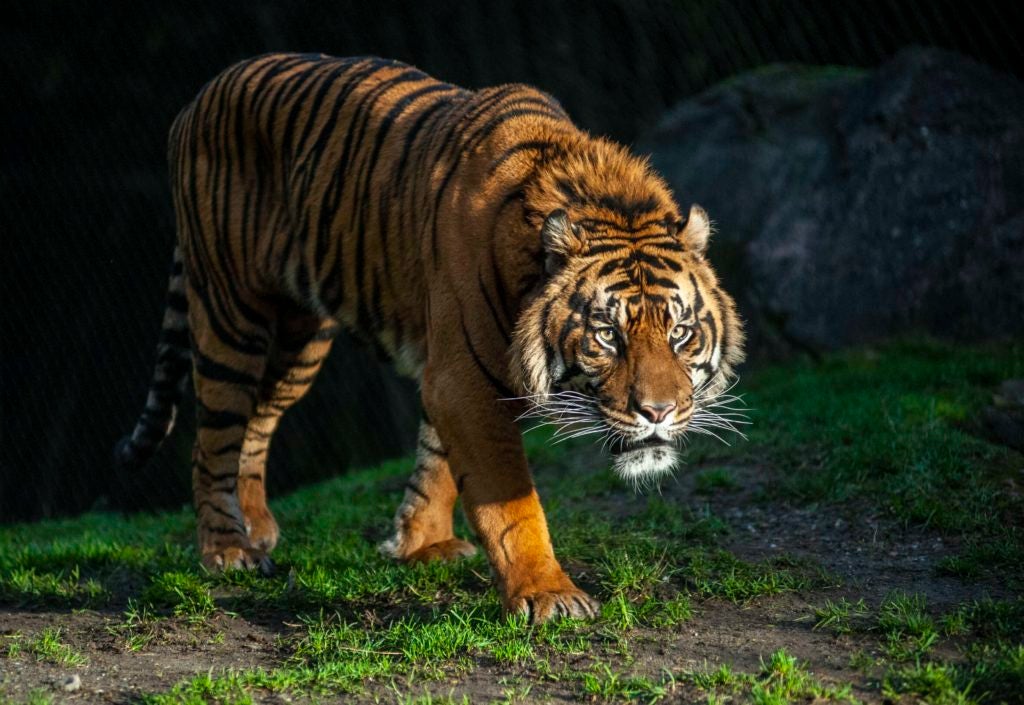 HELPING TIGERS IN THE WILD

Point Defiance Zoo is a recognized leader in the conservation of Sumatran tigers and other endangered species. Donations of more than $87,000 since 2012 to The Zoo Society’s Dr. Holly Reed Wildlife Conservation Fund have helped support the Association of Zoos and Aquariums’ Tiger Conservation Campaign and critical work in Sumatra to mitigate human-tiger conflict, reduce poaching and prevent illegal habitat loss.

Visitors can look for Kali, Indah, Raja and Bandar as they rotate with other Asian animals around the five habitats of the Asian Forest Sanctuary.

To learn more about tiger conservation and ways to help, go to pdza.org/save-tigers.