Whenever Friday the 13th rolls around, even the least superstitious of us might look askance at a black cat or shiver at an owl hoot. But animal superstitions, although fun, can cause pretty bad luck for the wildlife who cross their paths. After all, we live in a world where 350,000 tourists can visit Scotland in one year just to try and spot the Loch Ness monster. If that same number of people all decided to hunt wolves or support the illegal trade in tiger parts, that would have a devastating effect on some amazing animals who are neither good nor bad luck – they’re simply making a home on planet Earth, just like us.

Here are seven animal superstitions that we’d love to toss over our shoulder this Friday 13th. And here’s how to meet those same animals at Point Defiance Zoo & Aquarium! 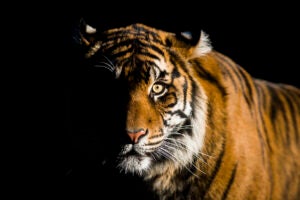 Belief that black cats bring bad luck goes back a long way – although in Japan they’re seen as good luck, especially for single women. But cats of other colors, especially large wild cats, have the opposite problem: Seen as having magical health-giving properties, they’re hunted almost to extinction. Sumatran tigers, like our five here at the Zoo, are stunning creatures, powerful predators with individual markings and equally individual personalities. Yet there are only 400 left in the wild, due in large part to poaching and the illegal wildlife trade. Tiger claws, teeth and whiskers are said to bring good luck, while genitals are believed to be aphrodisiacs and bones to give good health. But our five tigers are bringing hope to their species as potential parents…come meet them all in the Asian Forest Sanctuary! 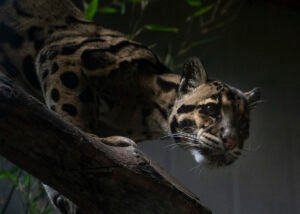 They’re not black cats either – and yet they suffer the same bad luck as tigers. With their body parts also seen as having medicinal or magical properties, endangered clouded leopards are poached as a tiger substitute, their bones ground up into health tonics and their teeth and claws made into amulets. They’re also hunted for their beautiful fur. Our Zoo supports clouded leopard conservation and we have nine right here for you to visit in the Asian Forest Sanctuary and Wild Wonders Outdoor Theater. 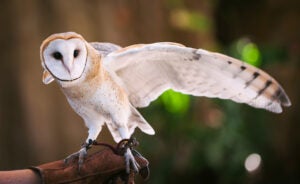 Owls have had a place in folklore and mythology since time immemorial. Sometimes seen as messengers of the dead, they are poached in some places, their talons, skulls, bones, feathers, meat and blood used in black magic. But really, owls are only bad luck if you happen to be a mouse! Making their homes in forests or near human habitation, they keep the rodent population down, hunting with keen eyesight. Our barn owl lives in the Discovery Hut near Budgie Buddies, and our Eurasian eagle owl sometimes makes appearances at the Wild Wonders Outdoor Theater. 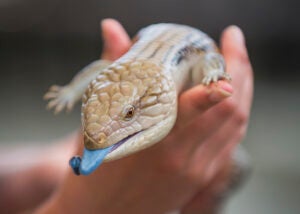 Good luck? Bad luck? It depends where you live! In India some lizards are seen as unfortunate, but across Africa they’re seen as lucky. Many people are wary of reptiles in general, and monitor lizards in particular are hunted for the black market. But we love lizards. Not only do they look cool (especially our rhinoceros iguana Titan!) but they help control insect and rodent populations. Come see Titan and our green iguana Roxie in the Discovery Hut near Budgie Buddies, see our New Caledonian giant gecko at Kids’ Zone or meet Newton the blue-tongued skink in a Close Encounter around the Zoo. 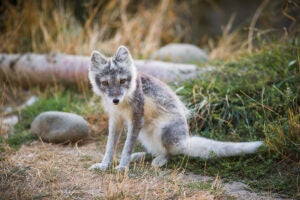 It doesn’t take much digging to uncover all the myths about foxes. Cultures as far back as the Inca Empire have seen these smart species as deceptive, secretive, mischievous and more. And if you fail to protect your chickens from a hungry mother fox, you might suffer some “bad luck”. But foxes have an important role in any ecosystem both as predator and as prey for larger animals, ranging across continents and hemispheres. And they’re masters of camouflage: Our Arctic fox changes her coat seasonally from gray to snow-white, to better blend in with her surroundings. 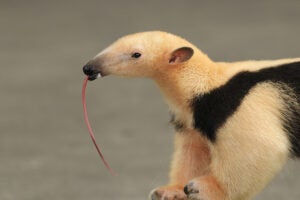 Anteaters are enigmatic. With long, flexible noses, lithe bodies and incredible agility, they’ve always fascinated humans. In South American folklore, giant anteaters are even seen as tricksters, bringing bad luck if they cross your path. This, sadly, means many are hunted, endangering their species. At the Zoo we have tamanduas, a smaller anteater species, and our tamandua family (dad Gonzo, mom Terra and new baby Liana) are fan favorites! Come see their amazing tree-climbing, baby-carrying, insect-slurping abilities at a Wild Wonders training demo. 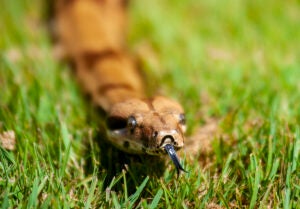 Where do we start with snakes? Some cultures see them as good luck, animals to be worshipped and revered. Others see them as incarnations of Satan or having magical abilities. And while a snake dropping from the roof or giving you a venomous bite is not good fortune, it’s important to love and respect these reptiles for keeping the rodent population in control, which in turn controls diseases that affect humans. Our Zoo snakes live at Kids’ Zone: Emerald tree boa, green tree python, corn snake and northern common boa.