Kali basks, sleepy in the sun. Her golden eyes are half-lidded, her orange-and-black stripes glossy. She’s the picture of tiger health, and gets the best care and enrichment humans can devise.

But in the wild, other tigers aren’t so protected. Over 100 are killed every year for their fur and other body parts. Others are simply running out of forest habitat. Fewer than 4,000 remain in the world.

It’s a dire situation, but one that zoos like Point Defiance Zoo & Aquarium – home to Kali, plus her sister Kirana and male Bandar – are doing everything in their power to turn around.

“Our primary goal in caring for critically endangered Sumatran tigers is to save this species,” sums up curator Telena Welsh.

Turns out there are many ways to save a tiger – and on Global Tiger Day (July 29), that’s good news.

The first way is education.

“By caring for tigers like Kali, Kirana and Bandar, we act as a catalyst for people to care about individual tigers, then about the species as a whole,” explains Welsh, who has also spent 11 years as a part-time and full-time zookeeper in the Asian Forest Sanctuary she now manages.

A big part of those keeper duties involves talking to the public, both informally and at presentations, answering questions like “Why is the tiger sleeping?” (answer: Tigers are big cats, and sleep 18-20 hours every day) while slipping in crucial messages like the need to protect their habitat.

“There are things people can do to help save tigers as soon as they leave the Zoo, like buying products made from sustainable palm oil,” Welsh says.

Palm oil, an ingredient of an array of items from lipstick to peanut butter, is a key income source for people in south-east Asia. But burning up rainforest to create palm oil plantations can have devastating effects on the wildlife that need the forest to survive. Tigers, in particular, start roaming into human areas for food – a conflict that often results in the tiger’s death.

Watching a keeper toss meatballs to a lithe, beautiful Kali is a powerful way to make that faraway story more real.

You Don’t Need My Fur

Then there’s the fight to stop wildlife trafficking. Point Defiance Zoo is just one of many around the country and world that give money, messaging and other resources to stop the illegal wildlife trade that causes over 100 tiger deaths every year.

Traditionally, tigers have been poached for their fur, but also for body parts valued in folk medicine. Lately, the 2018 Wildlife Trafficking Act (supported by many zoos) and subsequent crackdowns has helped reduce trafficking in tiger parts. But the demand is still there, and dealers are instead seeking out lion, jaguar and clouded leopard body parts as substitutes, according to a recent UN report.

It’s a situation with dire human consequences. As the report points out, poor sanitary controls in illegal markets mean more widespread zoonotic diseases such as Covid-19, that can spread quickly to humans.

For 11 years, Point Defiance Zoo has donated from its Dr. Holly Reed Conservation Fund to the Tiger Conservation Campaign, which works to save tigers in many Asian countries. On the Indonesian island of Sumatra, the campaign works directly with communities on ways to de-escalate human-tiger conflict, protect forest, report poaching and illegal logging, and dismantle trafficking networks.

Wildlife Response Units help Sumatran villagers build tiger-proof enclosures for their livestock (a total of 88 have been built since 2016). In 2019 alone, patrols reported more than 500 illegal logging points and 700 habitat encroachment points, arresting 19 suspects. In the same year, the Wildlife Crimes Unit gathered information leading to 26 sting operations and the arrest of 45 tiger trafficking suspects.

Thanks to these efforts, Sumatran tiger deaths have dropped significantly in recent years.

Zoo guests can also make donations to vetted organizations like the Tiger Conservation Campaign – an easy way to directly help save wild tigers.

Finally, there’s breeding. Point Defiance Zoo literally helps keep Sumatran tigers alive by being a leader in the Association of Zoos and Aquariums’ Tiger Species Survival Plan®, a program that carefully manages zoo tiger populations to ensure the best genetic diversity and tiger health. As part of the SSP, seven tiger cubs have been born at Point Defiance Zoo since 2010, including Kali and Kirana themselves. Cutting-edge assisted breeding technologies like artificial insemination have also been explored.

“Zoo populations are, in a very real sense, a back-up for the wild population,” says Welsh.

“Zoos are incredibly important to conservation of so many species, including Sumatran tigers,” Welsh sums up. “My hope is that guests who come and meet our tigers will leave inspired to make tangible daily actions that protect these amazing animals in the wild.” 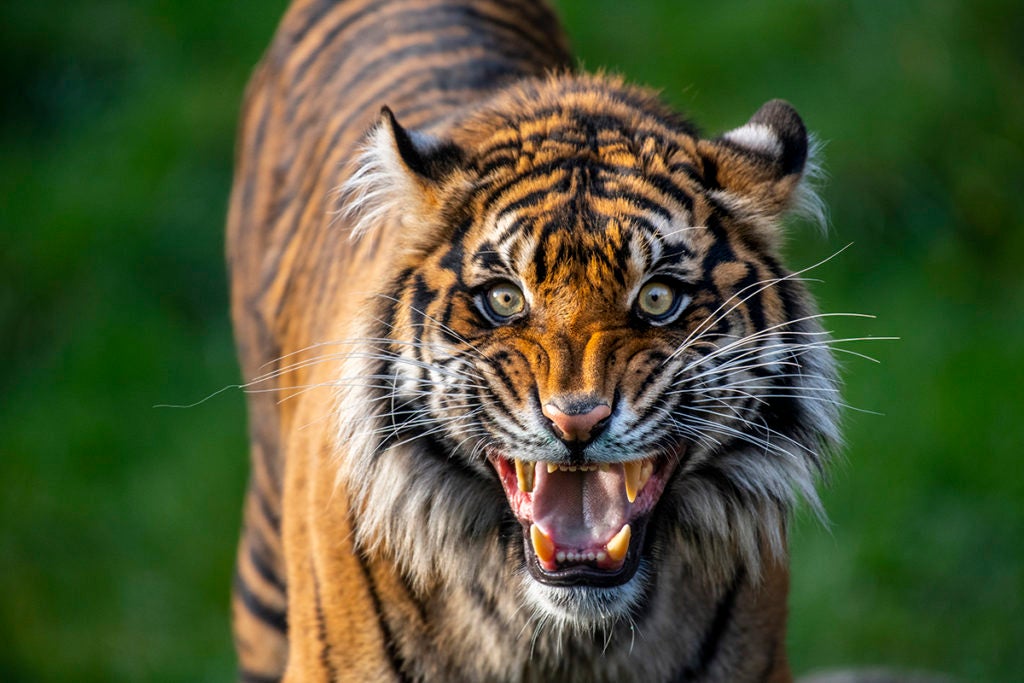