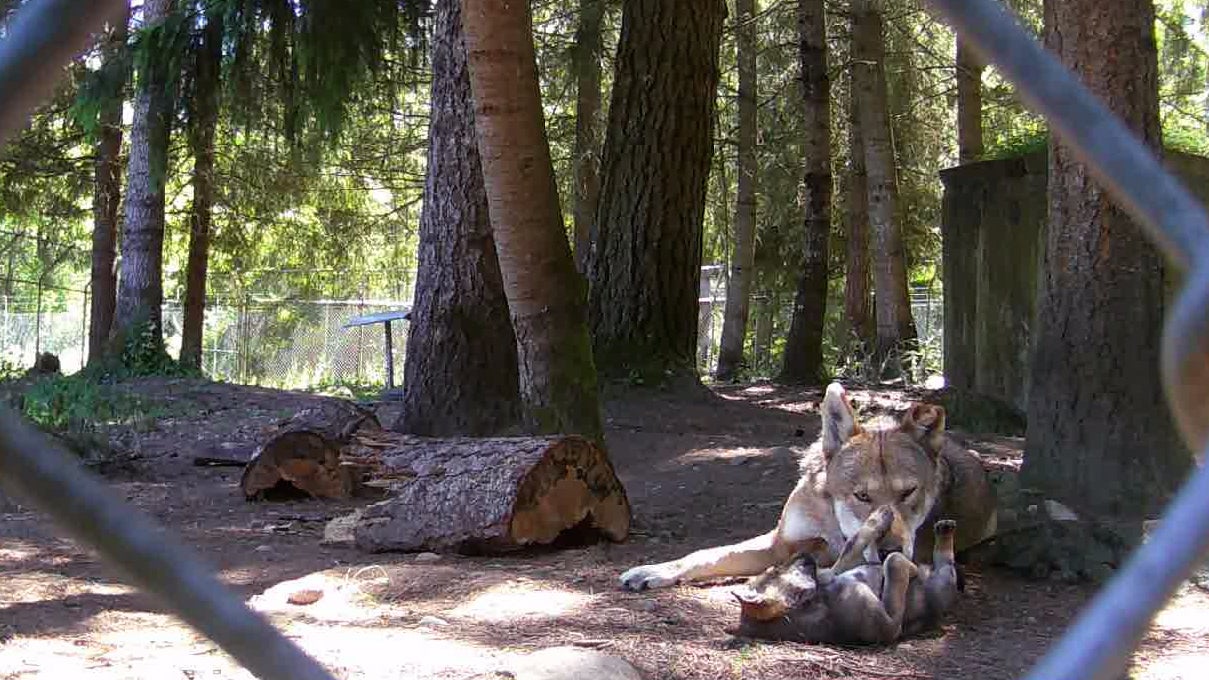 Five healthy red wolf pups were born at our off-site facility in Eatonville in early May. Adorable and growing fast, the pups are the latest success in the story of recovery for this critically endangered and iconic American species.

The pups are the offspring of 4-year-old Terra, and 6-year-old Banjo. The red wolves, unlike other Zoo animals, are cared for with little human contact and sometimes moved to other zoos to assist in their species’ national recovery program.

“The red wolves are managed with little human interaction as possible in order to prepare them for success in the wild,” said Natalie Davis, the Association of Zoos & Aquariums’ Species Survival Plan (SSP) studbook keeper for American red 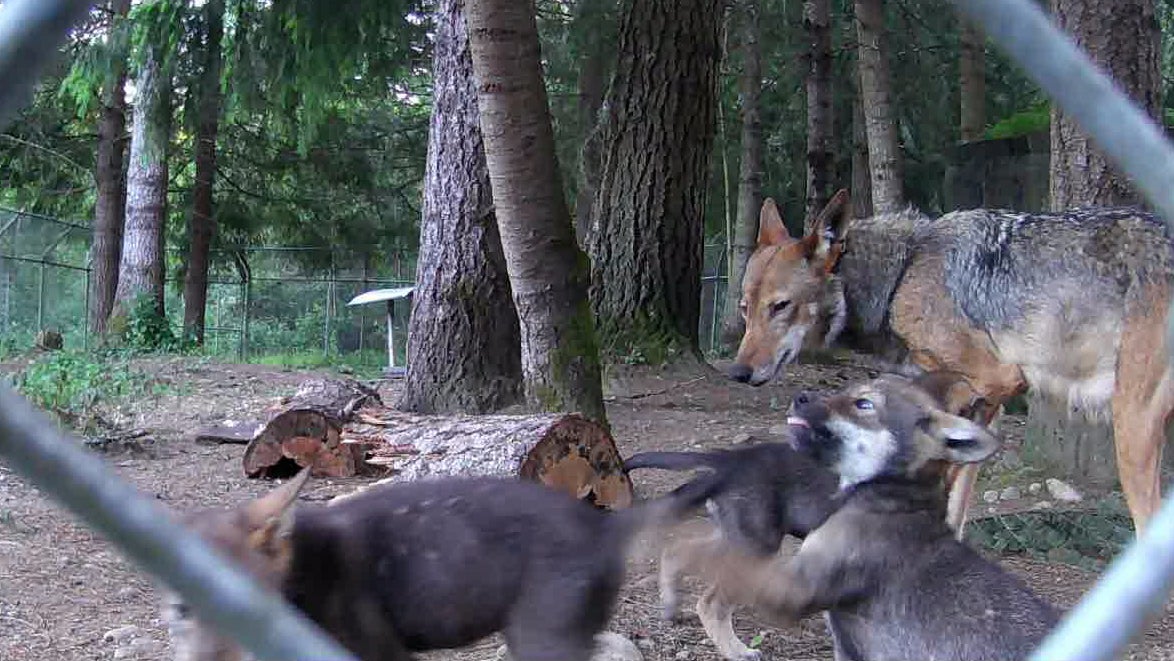 wolves. “We have cameras on them 24/7 and observe the parents taking great care of the pups just as they would in the wild.”

Even so, keepers play a big role in keeping their environment quiet and safe, especially after birth. Compare them to fairy godparents if you will, quietly playing a helping hand. Since the 1970s, when these native American animals were on the brink of extinction due to ceaseless hunting, Point Defiance Zoo has been a leader in bringing back the species. By the 1980s, Point Defiance Zoo, in cooperation with the U.S. Fish & Wildlife Service, established a zoo-based breeding program using 14 wolves from the wild to restore the population. Now, there are fewer than 20 red wolves living in the wild, and around 250 in human care. Five of those live at Point Defiance Zoo, and 45 live at the off-site breeding facility. In a promising sign for the future, six red wolf pups were born in the wild in April 2022 in North Carolina’s Alligator River National Wildlife Refuge. 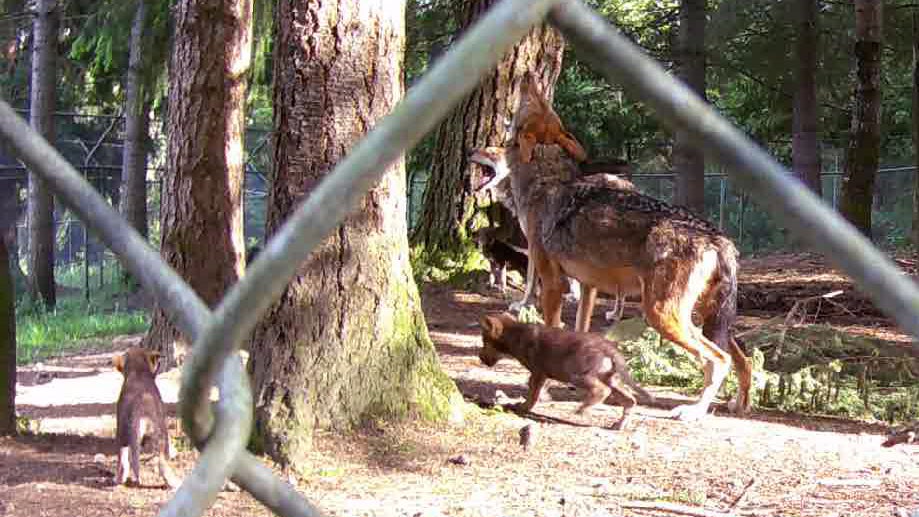 Red wolf pups are born blind and are dependent on mom for food and safety. In their first three weeks of life, they explore by smell and touch, communicating through grunts and squeaks, and nurse from mom. Now, nearly two months old, the pups are steadier on their feet and are exploring their habitat.

“They are playful and feisty and are often caught on camera wrestling and play-biting each other,” said Davis. “Mom continues to keep a watchful eye on them.”

The pups are also learning how to communicate by howls and will grow quickly in the coming months. By seven months, they will look a lot like adults.

American red wolves are native to North America, and are the most endangered canine species in the world. Point Defiance Zoo & Aquarium has been a leader in protecting and restoring this species from the brink of extinction.

Watch the first red wolf pup check-up in May.