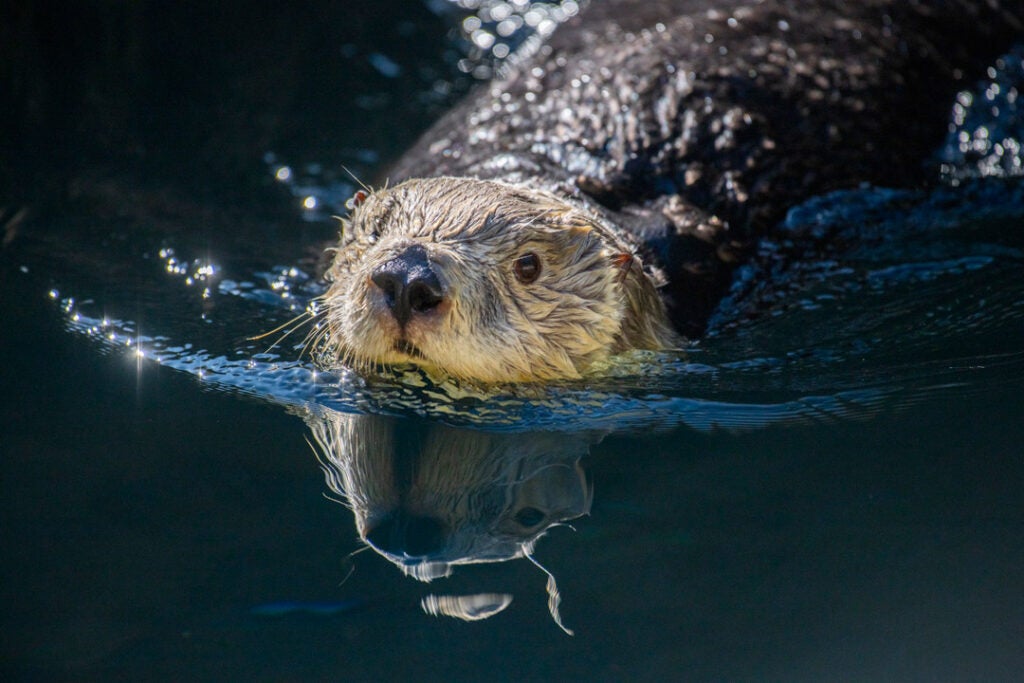 he’s calm and patient – and loves participating in training and enrichment sessions with her keepers. Clara, the newest southern sea otter, made her public debut on Tuesday (July 19) and is getting along well with sea otter pals Libby and Moea (pronounced “Mia”).

Clara was rescued at Moss Landing Harbor, California and deemed non-releasable by the U.S. Fish & Wildlife Service due to a history of unsafe interactions with people and pets.

“We are thrilled that Clara is now a part of our Point Defiance Zoo & Aquarium family,” said Malia Somerville, curator of marine mammals and birds. “Providing a second chance and a great home for rescued animals is one way zoos and aquariums can help save species.”

Since arriving in Tacoma earlier this month, the 13-year-old sea otter has been getting to know her keepers and settling into her new home.

“She loves grooming and napping, and relaxing with ice treats,” said Somerville.

And her favorite food?

“Clara enjoys shrimp and shelled items, like mussels, tiny clams, and crab,” said Somerville.Sea otters Libby and Moea also are rescued sea otters. Libby, 11, came to Point Defiance Zoo from Monterey Bay Aquarium in 2011 when she was only a few months old. She was just 24 hours old when she was found abandoned. Moea, estimated to be 12 to 14 years old, was rescued from an oil spill.

All three sea otters are declared non-releasable by federal wildlife officials and are living at Point Defiance Zoo under the authorization of the U.S. Fish and Wildlife Service. Learn more about our three Southern sea otters. 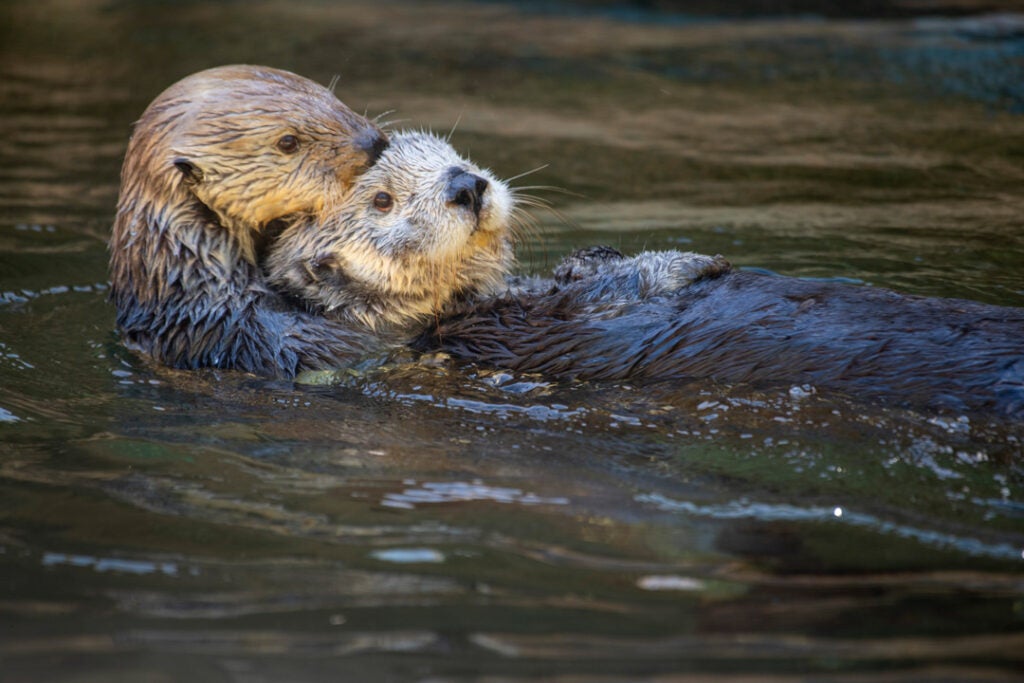 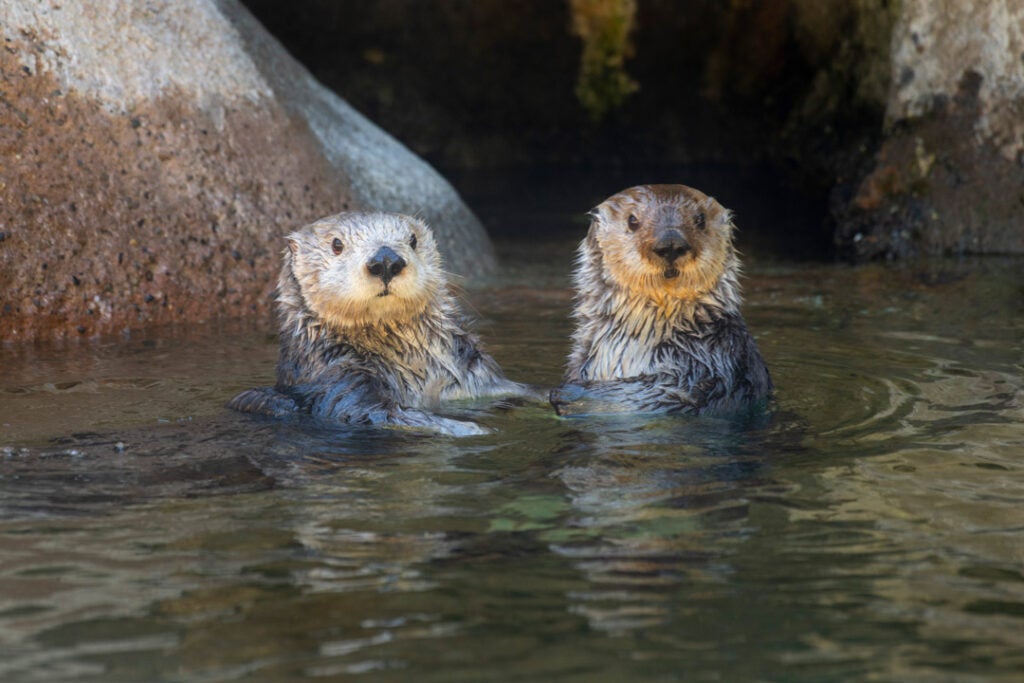 Sea otters are endangered. They rely on their thick fur to keep them insulated and warm, grooming it often to keep it waterproof. When it gets coated with something they can’t clean off themselves – like oil – they can lose the warmth they need to stay alive in cold North Pacific waters.

Preferring coastal waters, sea otters can be found from Alaska to California. They were hunted nearly to extinction for their fur. It’s the densest of any mammal, with up to one million hairs per square inch. Otters are still at great risk from oil spills, parasites that wash into the ocean from storm drains, and plastic ocean trash.

They are vital for the health of coastal ecosystems, particularly kelp forests like those of Puget Sound and Monterey Bay, as they love to eat the purple sea urchins that would otherwise devour these forests completely. Take action and help sea otters.

Sea otters are very social creatures, living in groups of up to 100 in the wild. The otters at Point Defiance Zoo are no exception: Libby and Moea love to play, swim and cuddle with each other, and Clara is already fitting right in. Learn more about our three Southern sea otters. 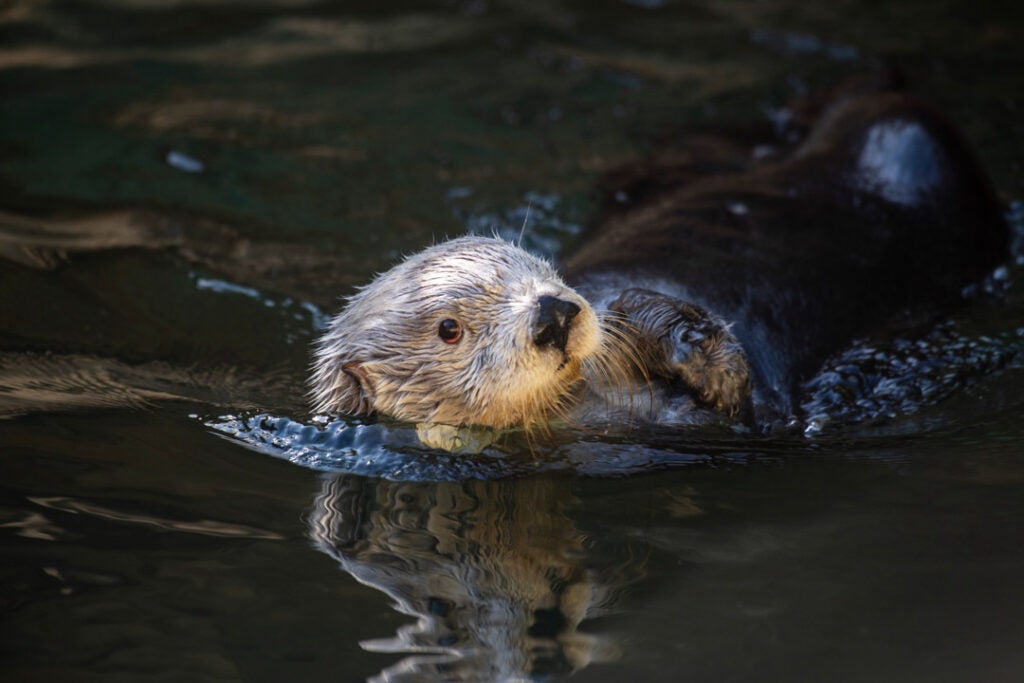