Point Defiance Zoo & Aquarium staff are mourning the loss of Kirana, a female  Sumatran tiger who died this morning after experiencing severe injuries during a breeding introduction as part of a plan to help save her endangered species.

Zoo general curator Dr. Karen Goodrowe called Kirana’s death “heartbreaking” for all zoo staff, but especially for those who have cared for her since she was a cub. 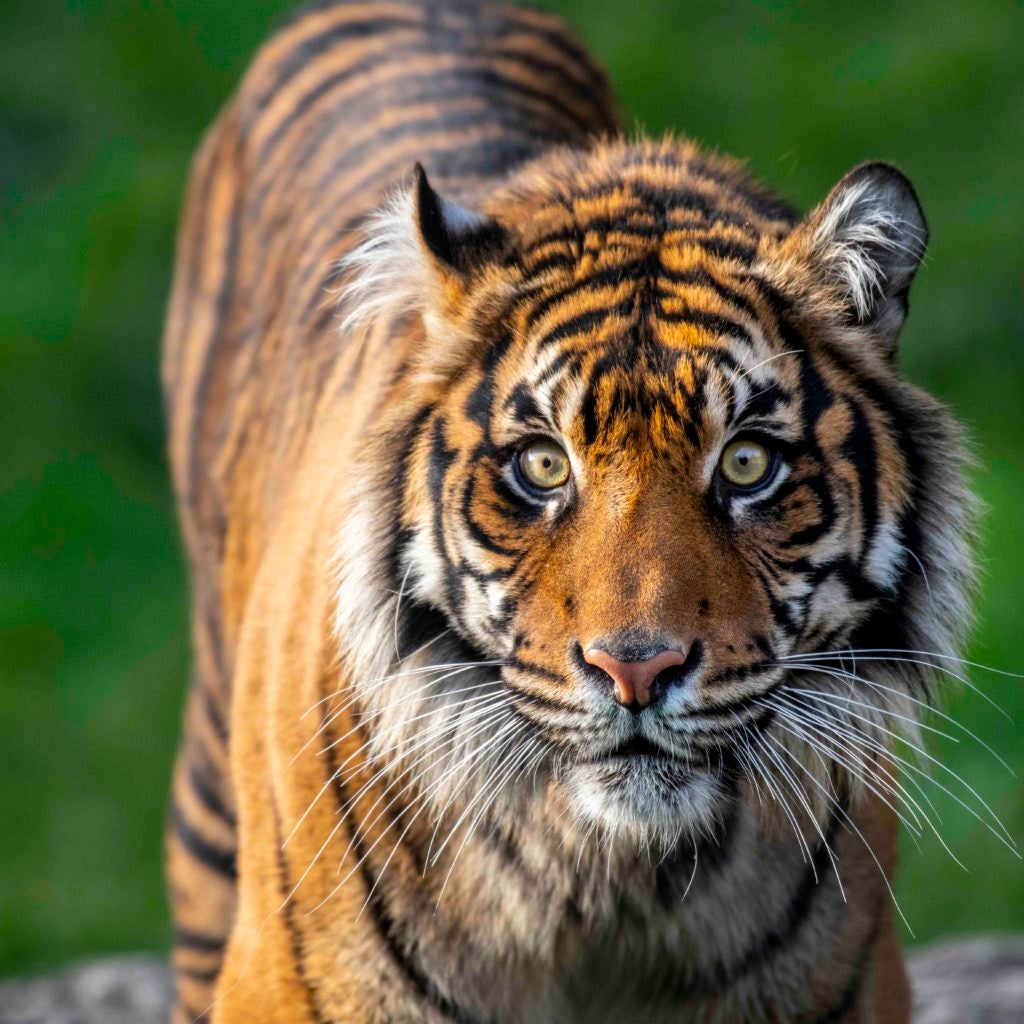 “We’re devastated by the loss of a very special tiger and by the loss to the tiger population as a whole,” said Dr. Goodrowe, who also serves as coordinator of Species Survival Plan® programs for Sumatran, Malayan and Amur tigers.

The Tacoma zoo has introduced four Sumatran tiger pairs since 2010 and none has resulted in a tiger death or serious injury, according to Dr. Goodrowe.

Staff approached the pairing of Kirana and Raja very slowly and carefully over many months, said Dr. Goodrowe. Keepers moved the two near each other so they had visual and smell access while still being physically separated by a mesh door and then closely monitored the pair, looking for “chuffing,” fence-rubbing, and other positive signs that they were attracted to and comfortable with each other.

Finally, when Kirana was in estrus and, after more intensive monitoring, the keepers removed the mesh barrier and allowed the tigers to meet physically. When keepers saw Kirana in distress, they moved swiftly to distract Raja and separate the pair.

“She was improving bit by bit and we were cautiously optimistic that she would pull through,” said Dr. Wolf.

Point Defiance Zoo was one of 14 accredited North American zoos that received recommendations this year from the Species Survival Plan® programs to breed their Sumatran tigers.  A litter of cubs would help preserve this endangered species, which has only about 400 animals left in the wild on the Indonesian island of Sumatra. Only 77 Sumatran tigers live in North American zoos.

Point Defiance Zoo & Aquarium is a longtime leader in the Tiger Conservation Campaign as a supporter of Wildlife Response Units in Sumatra that work with villages to address human-tiger conflict, reduce poaching and prevent illegal habitat loss.

In addition to Raja, three other Sumatran tigers live in the Tacoma zoo’s Asian Forest Sanctuary: Bandar, 8, Kali, 8, and Indah, 6.

“The loss of Kirana is a tragedy for our zoo family, our community, and our world,” said Point Defiance Zoo Director Alan Varsik. “With just a few Sumatran tigers left on this earth, we need to do everything we possibly can to help them survive.”