“He is bright, exploring his environment and is in good body condition,” said Wolf, who examined the calf with a team of keepers and a veterinary technician in his bedroom behind the scenes in the Asian Forest Sanctuary. The calf’s mother Yuna rested in a nearby room.

Wolf and her team checked over the calf’s heart, lungs, eyes, mouth and umbilical area – all fine. The little tapir is even growing some teeth, although it will be awhile before he eats solid food.

Weighing the little animal was a bit trickier: The calf investigated the scale but didn’t quite step onto it. Instead, staff biologist Ryan Clifton cradled the little guy while the team weighed them both, before recording just his own weight and subtracting. The baby tapir weighs just under 25 pounds – just right for a four-day-old tapir.

“Average weight is between 20-25 pounds at birth, so we think he has gained a little already,” said Telena Welsh, senior staff biologist. “He seems to be getting all he needs from nursing.”

Most of the nursing is happening at night, says Welsh, who with her team has kept a 24-hour watch on the mom-and-calf pair via in-room cameras. Staff will also weigh the calf regularly to track his weight gain and make sure he is growing well.

Tapirs often double their weight in the first few weeks of life, added Welsh. Calves are born looking like their parents except for their coloring, which is brown with spots and stripes for better camouflage in the wild.

Like most tapir calves, this one is also very mobile. While he’s still a little wobbly, Welsh said, he follows his mom everywhere, investigating her food (though not eating it yet) and everything else she does. Yuna, a first-time mother, is recovering well after the birth.

The healthy calf is special not just to the Zoo, but to the entire species. Malayan tapirs are listed as endangered by the International Union for Conservation of Nature. Only an estimated 2,500 remain scattered in Thailand, Malaysia and on the Indonesian island of Sumatra, having declined dramatically due to human-animal conflict, including deforestation of their natural habitat.

There are only 49 in North American zoos, with only two tapir calves born last year. The Tacoma calf is the first born this year, and the first one ever at Point Defiance Zoo in its entire 114-year history.

And of course, seeing an adorable tapir calf helps guests connect with wildlife, and be inspired to protect it.

“We are very excited about this little guy, and can’t wait to watch him grow,” said Welsh. “He’s pretty amazing.” 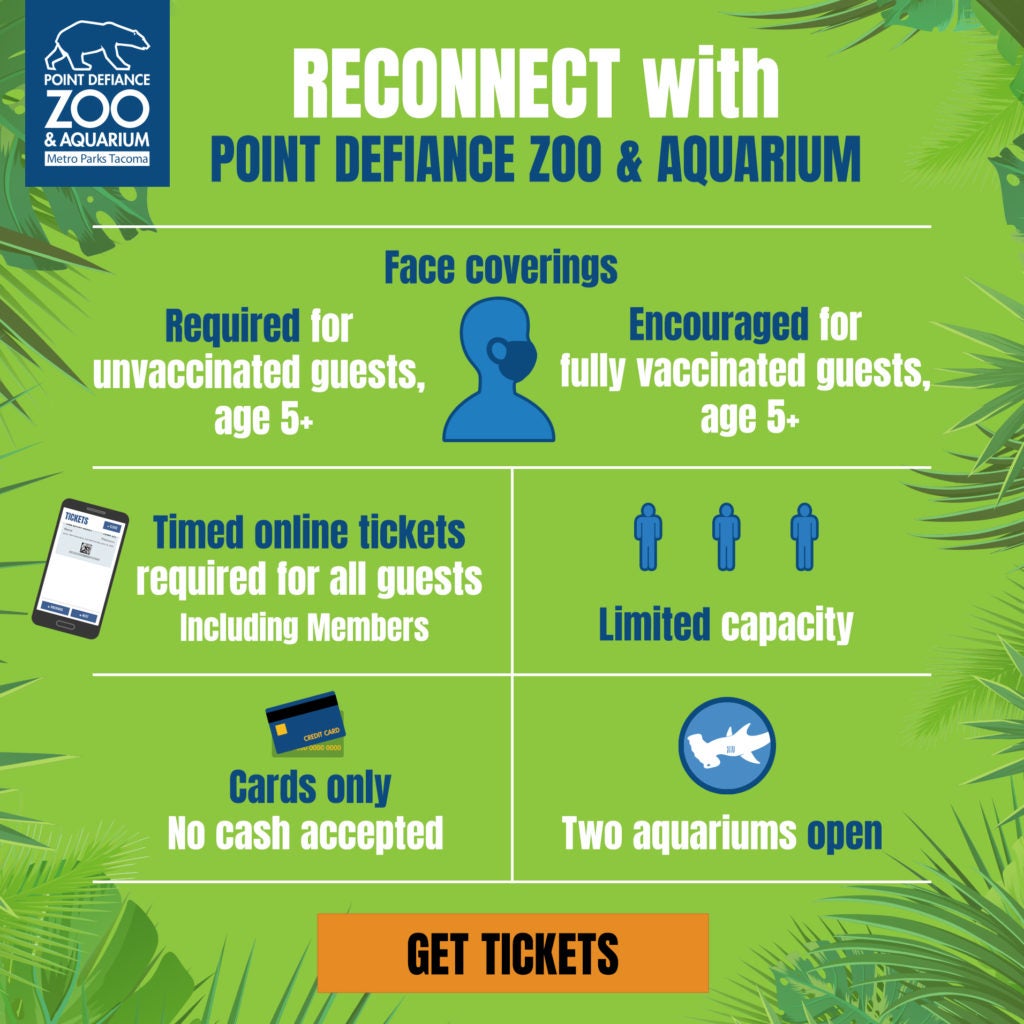