It’s quite a progression from being afraid of a bug to making a home for it, painting a watercolor of it and documenting it on a science app. But that’s what Arlington Elementary Wildlife

Champions are doing this summer in a nature science camp that takes the year-long classroom-to-park program into a new level of wildlife stewardship.

“Wildlife Champions has been amazing – it’s exceeded our expectations,” says Craig Standridge, the conservation engagement program coordinator at Point Defiance Zoo & Aquarium, and one of the co-leaders in this groundbreaking, grant-funded project that aims to increase wildlife empathy and learning of students at the Tacoma school. “At the beginning, we had kids afraid of bugs, spiders and bees, who didn’t even know there was a park right across from their school. Now, those same kids see animals as friends. Instead of squashing them, they’ll take spiders outside so they survive. And teachers hear them talking about ‘human-wildlife conflict’ and using scientific terms. They’ve developed both learning and empathy for wildlife.”

Now Standridge and his team are taking that learning into summer too.

The year of weekly science lessons, which alternated between classroom, school yard and the nearby Oak Tree Park, wrapped up June 10-14 with a week of in-school and in-park celebrations. The final full week for Tacoma Public Schools started, at this southside elementary school, with an all-school assembly in the gym featuring a slideshow of photos from the year of learning, followed by students from each classroom speaking about why they were now a Wildlife Champion. Every class marched in with a banner proudly displaying its own zoo animal mascot and a staff biologist brought two special visitors from the zoo’s Wild Wonders Outdoor Theater: a green iguana and a burrowing owl.

The rest of the week were Field Days – literally held in the field. Older and younger classes paired up to show one another what they had been learning and doing all year long in the park, from drawing the salmon life cycle on the bike path (4th grade, November) to making windsocks (kindergarten, January).

Finally, it was summer – and for Arlington kids, that meant even more outdoor science fun, thanks to the Wildlife Champions program. Supported by a private $749,000 grant, the three-year-plus program was designed from the beginning to extend into summer learning.

Beginning June 24 and running for five weeks (excluding July 1-5), the summer session offers the free nature-based daylong camp Monday through Thursday for every Arlington student who wants to come, divided by grade.

Week one was for kindergarten graduates, and was themed “Nature Explorers,” with crafts like making a bird feeder. In week two – “Animals and Art” – first- and second-grade grads explored nature via watercolors and photography.

For third- and fourth-graders, “Habitat Helpers” includes pulling ivy in the park and making a pollinator garden in the school, while the fifth-graders, in “Wildlife Researcher” (the final week of camp), learn about the scientific method and put it into practice by setting camera traps, reporting wildlife sightings in the iNaturalist app and going on field trips to Northwest Trek and the Nisqually Wildlife Refuge near Olympia.

With four seasonal staff bringing the teacher-student ratio to 1:5 and the school supplying free breakfast and lunch each day, the free Wildlife Champions summer camp is unlike anything most Arlington students have ever experienced. The school has one of the highest rates of families qualifying for free or reduced lunch in the district, and many students had never been to the zoo or even Oak Tree Park before the program began.

Standridge and his colleagues are already looking forward to the 2019-20 school year, where the lessons – refined by multiple workshops with school staff – will now be co-taught by the Arlington teachers, who have also become far more knowledgeable and comfortable in their local natural environment.

The school is adding more students, bringing the class total to 17, and has even made space for Liz Hines and Megan Soland, the full-time program instructors, to have an office inside the school.

“We’ve been fully embraced by the whole school community,” says Standridge, who adds his expertise to many of the camp and school lessons. “Kids, parents, staff, district – everybody’s so excited about this partnership. We’re looking forward to another great year.” 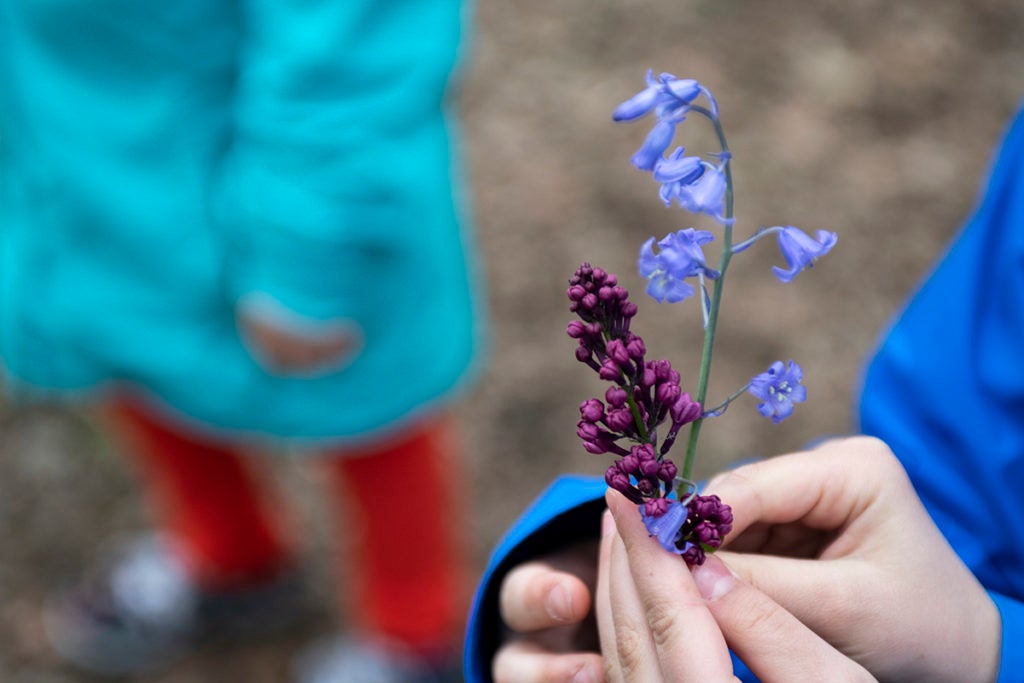