Whoever first invented the Year of the Rat in the Chinese zodiac probably wasn’t thinking of African giant pouched rats like Chiku, Celine and Mona Lisa. But the coming Asian New Year (Jan. 25) celebrates the rat as a symbol of prosperity – and our three ambassador HeroRATs fit the bill perfectly.

MEET OUR RATS: See our pouched rats in Close Encounters at the Wild Wonders Outdoor Theater.

In Chinese culture, according to chinesenewyear.net, rats are traditionally a symbol of prosperity. Married couples prayed to them for children, and people born in the Year of the Rat are said to be optimistic and energetic, likable by all (though sometimes financially stingy).

It’s not the traditional view of rats in the West, but it makes sense: If you have enough food around the house to attract rats, you’re probably pretty well-off. Rats are survivors, and they’re smart.

But African giant pouched rats are even more special. They bring prosperity in a very real way by detecting landmines on farmland – and save countless lives in the process.

And we have three of these HeroRATs right here at Point Defiance Zoo & Aquarium.

Landmines are a terrible legacy of war around the world, especially in Asian countries like Cambodia and Vietnam. During the Vietnam War, at least 26 million explosive sub-munitions were dropped on Cambodia. This bombing is estimated to have left between 1.9 million and 5.8 million cluster munitions remnants. These have injured over 64,000 people in Cambodia since 1979. Even worse, nearly half of all civilian landmine casualties worldwide are children.

Huge swathes of farmland and roads are unusable because of the landmine threat. Clearing that land is difficult and dangerous for humans – but it’s a different story for giant pouched rats.

For 20 years, the non-profit APOPO (a Dutch acronym) has been training these smart, furry Tanzanian animals to sniff out TNT, the explosive used in landmines. Too light to set off the mine but possessing a highly developed sense of smell, the rats are harnessed to a line to systematically search the ground. When they find a mine, they start scratching, and a trainer marks the area for later removal. The rats, meanwhile, get plenty of food rewards and lots of loving care from their humans.

A rat can search a tennis-court-sized area in just 30 minutes – something a human would take up to four days to do, depending on how much scrap metal is lying around.

APOPO has sent its mine detection rats, or HeroRATs, to Cambodia since 2015. They also work in Angola and Mozambique, and have helped detect mines in Vietnam. As a result, locals can start using their land for crops and business – a true New Year gift of prosperity.

So where do the Point Defiance Zoo rats come in?

As ambassadors. To be a mine detection rat you have to be 100% accurate, and some rats just aren’t. Celine, Chiku and Mona Lisa can sniff out a buried tea-ball full of nutmeg, used as a practice smell – but they aren’t perfect every time.

Like career-change guide dogs, our three rats found another path. They now live behind the scenes at the Wild Wonders Outdoor Theater, where they regularly appear on stage and around the zoo in Close Encounters to tell guests about their amazing species. In a specially made box of sand they demonstrate their exceptional detection powers – and also their adorable furry cuteness.

A completely different species from domestic rats, pouched rats are about the size of a chihuahua. With huge pink ears, long whiskers and a soft pink nose that’s always quivering, they bond well with people.

“They’ve settled in well and are doing great,” says Maureen O’Keefe, senior staff biologist at Wild Wonders, where the three rats have lived since July 2019. “They’re excellent at detection and are really comfortable showing off their skills in front of guests.”

Raised together, Celine and Mona live together, cuddling up at night to sleep, while Chiku is more comfortable by herself.

These holidays the zoo’s HeroRATs even got walnut treats, making good use of their hamster-like cheek pouches. In the wild, rats use these pouches to bring food back to the nest for future use – just as thrifty as their zodiac symbol would suggest.

“They shoved the whole walnut into their big pouched cheeks – it’s really adorable,” smiles staff biologist Jessie Sutherland, who got the idea to bring the rats to the Tacoma zoo after hearing a podcast about them. “And they love treats like banana baby food, which they suck from a syringe.”

The rats are also training up for a big role in the brand-new Wild Wonders stage show, opening in May – stay tuned for details, but expect something, ahem, magical… 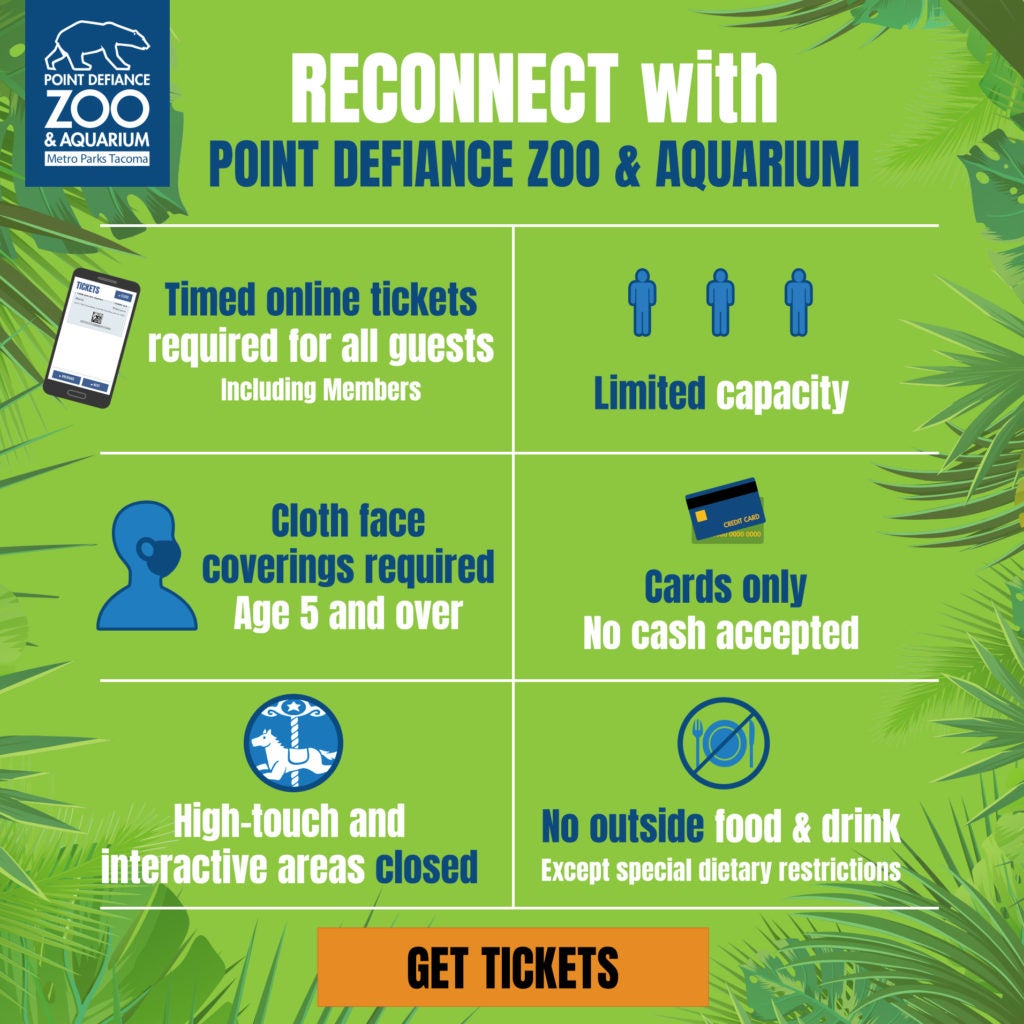