It was a sunny Saturday in Tacoma – perfect for the beach. But as Zach Hawn and Kailee Bynum picked their way across Owen Beach with five Zoo volunteers, they weren’t just there for the weather.

They were there to count and clean up trash, joining dozens of walkers, kayakers and even divers in the second annual Tacoma Shoreline Survey.

Organized by the Ikkatsu Project to survey the entirety of Tacoma’s shoreline for marine debris, the Shoreline Survey had a goal: to see what litter and debris is found on Tacoma’s shoreline, and identify hotspots for future cleanup efforts and awareness campaigns.

Searching through gravel, weaving through log piles, and picking through sand and plants, they picked up all the trash they saw, popped it into a bucket for later disposal, and noted it down on both paper and the dedicated NOAA Marine Debris Tracker phone app.

So what did they find?

Most of the trash was plastic foam fragments and small pieces of broken glass. As they moved closer to the Owen Beach parking lot, cigarettes and plastic food wrappers became more numerous.

Plastic trash in the ocean is a huge problem. Much of it flows from landfills, garbage bins and streets on land. It never breaks down – instead, it breaks up into smaller and smaller pieces of microplastic, collecting toxic chemicals and starving sea creatures who mistake it for food.

Cleaning up beaches and neighborhoods is a great start to solving the problem.

All together the team was able to collect 453 pieces of debris weighing over 30 pounds (not including a large 16’ wooden support beam!!!).

After a photo op on Zoo grounds, the team took all the debris – including the beam – to Marine Park on Ruston Way, where volunteers from the Ikkatsu Project and South Sound Surfrider Foundation weighed and sorted what was recyclable and what had to be sent to the landfill.

Other teams of volunteers spread out around the Tacoma shoreline, from Day Island and Titlow Beach around Point Defiance and along Ruston Way, as well as part of Northeast Tacoma. The initial total trash count was 1,057.25 pounds – over half a ton.

“Though our main focus was finding litter and debris, the team enjoyed seeing two octopuses, a curious raccoon, and a group of eight Pacific harbor seals that followed and watched us as we moved down the beach,” said Hawn.

“It was a great reminder that our choices and actions on land affect so much more than just ourselves.” 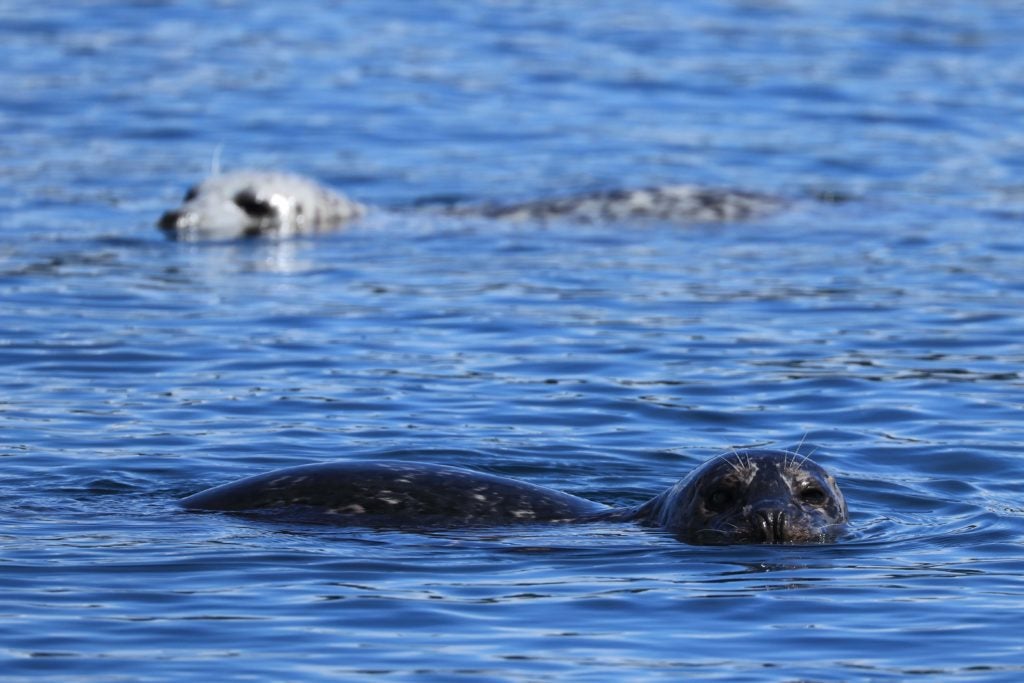