Those are some of the many words you may think of when you hear “mole rat.”

But here at the Zoo, we think of them as much more.

“And hardworking!” adds staff biologist Christy, who helps care for all 10 mole rats. 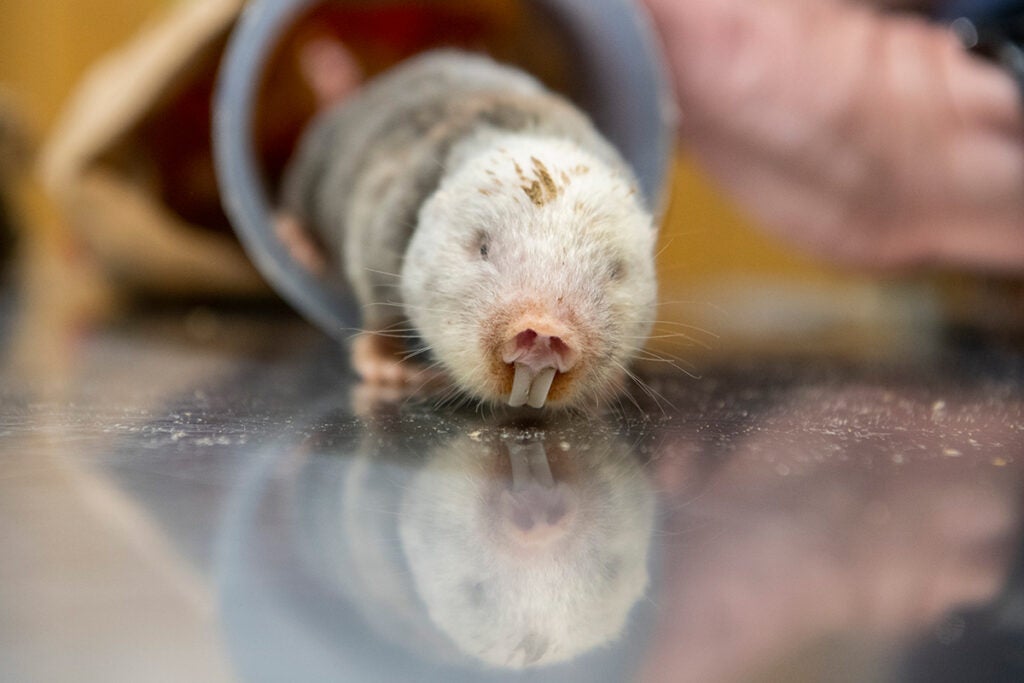 Colonies of mole rats are filled with tiny workers, growing to around 11.5 inches long and weighing 7 ounces. They are constantly digging elaborate tunnels, caring for the young, and foraging for and storing food. They spend nearly their entire lives underground, communicating using squeaks and growls, as well as tail pulling and sparring. Mole rats use their strong jaw muscle and large front teeth to eat, but also to help make tunnels. 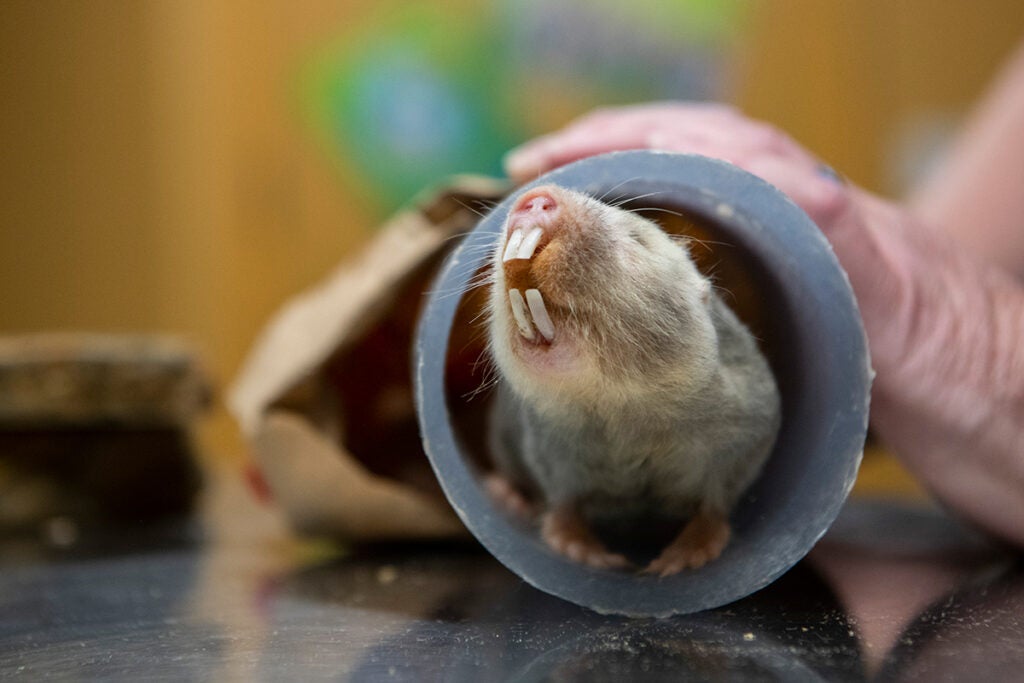 “I think of them as small heavy equipment operators,” said Christy. “Some rodents are cuddly, but this species is full of doers, always on the move with work that needs to be done.”

While it’s not evident to the public eye, Christy can tell each of the rats apart by the slight differences in markings on their heads.

“And they each have individual personalities as well,” explained Christy. “Some are feistier than others.” 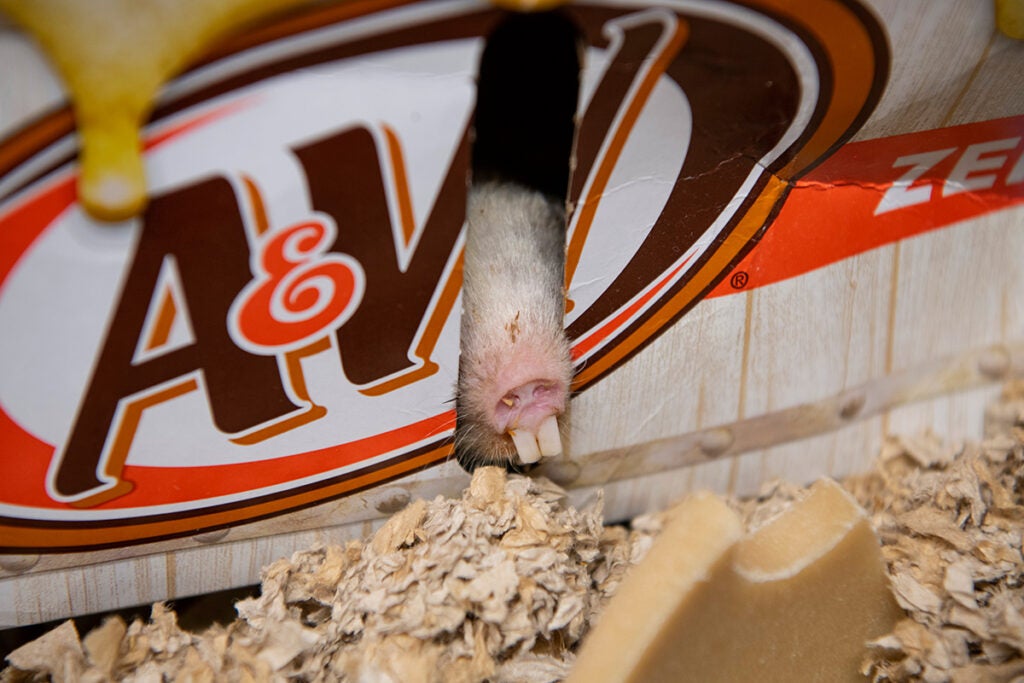 In the wild, Damaraland mole rats are found in Southwestern and central Africa, living underground in dry woodlands, savannas, and secondary forests.

Guests can see the mole rats in action any day the Zoo is open at Animal Avenue in Kids’ Zone.